Bournemouth vs Aston Villa – Last season in the English Premier League, Aston Villa went through some tough times. With Steven Gerrard on board, however, they appear to be on the upswing once more.

This Saturday, they face off against the freshly promoted Bournemouth, so they have their work cut out for them. After finishing second in the English Championship the previous year, Bournemouth was promoted to the Premier League.

There is no doubt that this successful campaign has given them tremendous momentum, and they will be keen to capitalise on it. They were the only team in the English second division to keep their loss total below ten last season, and their stellar defence was a major reason why.

Meanwhile, Aston Villa did end up 14th in the Premier League the previous season, out of a total of 20 teams. Despite appearances, they did not have to settle for a last-place result.

There was a time throughout the season when it looked like they would be relegated at the end of the year. Gerrard’s arrival marked the first time the team showed flashes of life.

Each side has scored at least once in the last three matches. More than three goals have been scored in four of the last five matches. When these teams last met at this stadium, the home team won, 2-1.

There hasn’t been a single clean sheet kept by the home club at this stadium in the last ten years. Just twice in the last half a year have Bournemouth failed to win a match, and they concluded their league season with three consecutive triumphs.

Keep in mind that the team has not suffered a home defeat since the first week of February. Aston Villa, on the other side, has lost just twice in the past four months, both times to Manchester City and Liverpool.

They’re sure of themselves because they’ve defeated top European clubs in recent seasons. They have the advantage of having fought some titans in previous seasons, despite having a rough campaign the last time around. 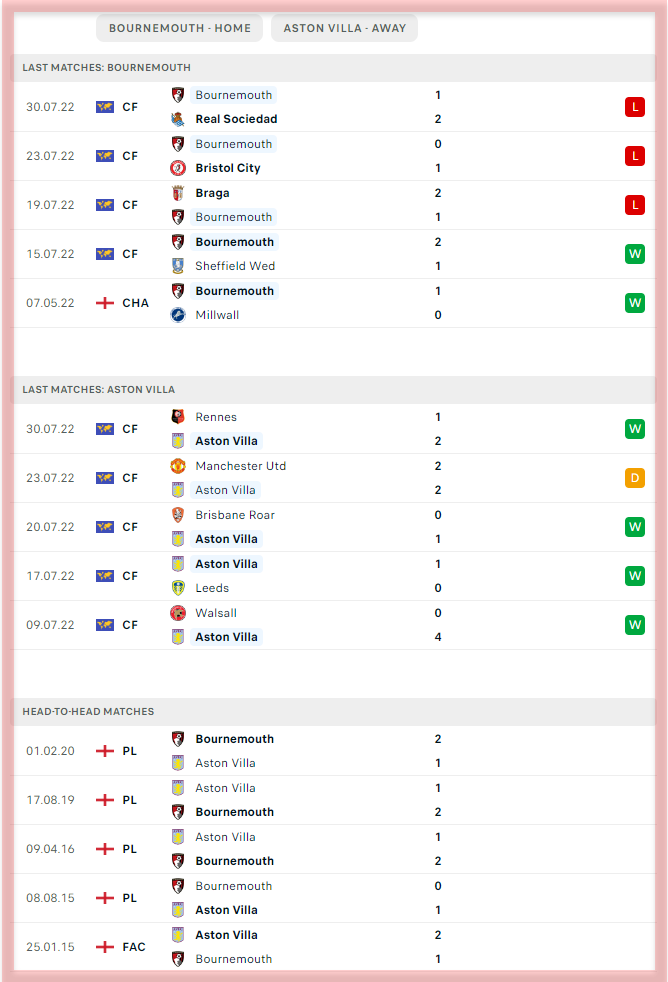