Borussia Dortmund vs Bochum – With their most recent victory over rival Eintracht Frankfurt, Dortmund earned a much-needed victory. Now that they are playing at Signal Iduna Park against relegation-threatened Bochum, they have a great opportunity before of them.

The hosts have achieved two significant victories after their 2-0 loss to Union Berlin. They recently defeated Eintracht Frankfurt by a score of 2-1. The game’s decisive goal was scored by Jude Bellingham early in the second half.

They have won two straight games. Currently, the squad needs one more victory to pass Bayern Munich in the standings.

The visitors’ primary issue is that they give up 2.67 goals per game, which is one of the reasons they have dropped nine games this year.

The only reason they are ahead of Schalke is because they recently defeated league leaders Union Berlin, giving them their biggest win of the year. In the 2-1 loss, Milos Pantovic could only give Union a consolation goal.

They were ineffective against Wolfsburg, and they dropped the game 4-0. After this outcome, the squad is presently ranked seventeenth on the standings.

In a thrilling 4-3 victory, Bochum defeated the host in their most recent encounter, and the last time the host team triumphed over this team at Signal Iduna Park was back in 2009.

They have a decent record versus Dortmund, although they are currently in danger of being relegated. Stuttgart was defeated at home by the host by a score of 5-0. As a result, we can anticipate them dominating this upcoming match.

You can wager on the following because it is our first tip Borussia Dortmund will win by a score of 2-1, with a 9.00 odd. This is after taking into account the fact that the host has a respectable winning record at home this year. Additionally, the guests have lost 75% of their games.

In addition, our next prediction is Both Teams to Score at 1.90 odd for this game. A goalless game between these two teams is extremely uncommon. The last two games in a row saw goals from both teams. This pattern will likely continue this time around, too.

Jude Bellingham is a 3.75 bet that will score at any point. In his last two games, he has scored three goals. among them a hat trick against Stuttgart. 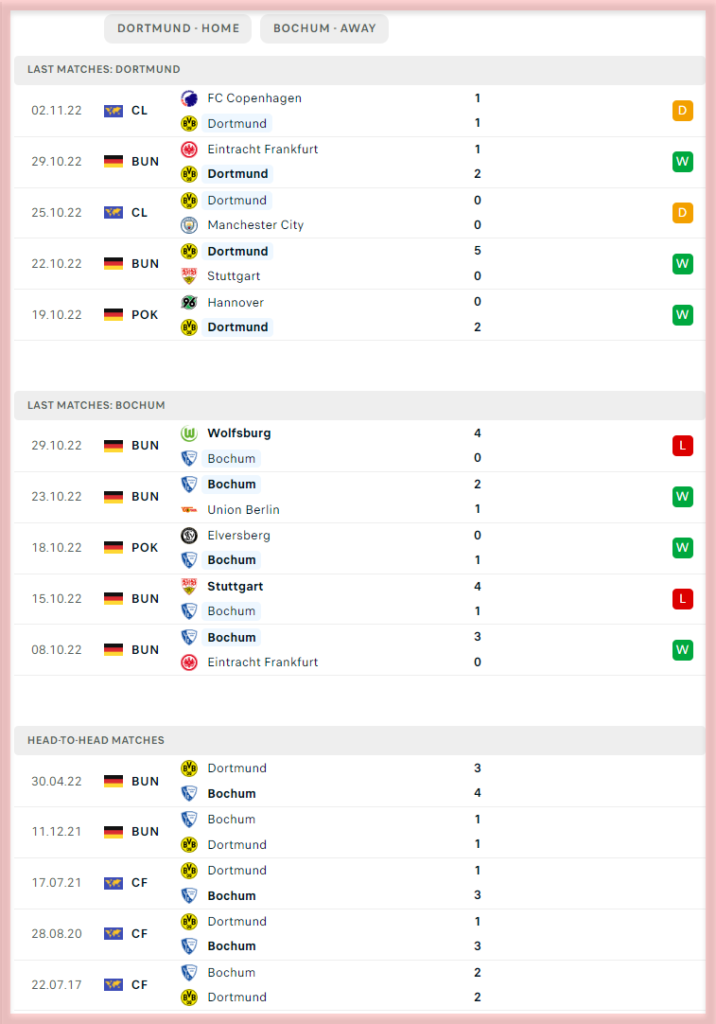