Bohemians vs Sligo Rovers – Bohemian’s recent inconsistent form has led to mixed results. Three victories, four ties, and three loses in the last ten matches. The team is sixth in the league with 19 points. The team has lost two straight.

Bohemians last played Dundalk. Bohemians took the lead but couldn’t hold it. Bohemians lost 3-1 to Dundalk after falling behind.

Both teams have form issues. They’ve had varied match results. Both sides’ last five matches have under 1.5 goals. After four losses, Bohemians won at home against UC Dublin. Sligo Rovers have lost two straight. The club hasn’t scored over 1.5 goals in its last four away trips.

Since both sides have played similarly, predicting the outcome is difficult. Bohemians will win because they’re playing at home. Both sides have scored and conceded in most previous encounters and should do so again. 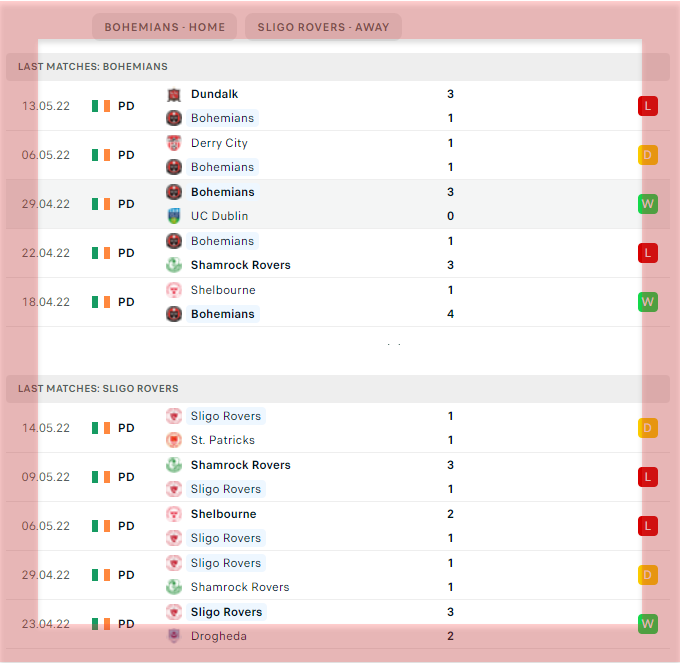