Blackpool vs Derby – Preview and Prediction

Blackpool vs Derby – Blackpool welcome Derby County to Bloomfield Road on Saturday knowing a win could propel them into the top half of the Championship table.

The Rams, who have already been relegated, go into this game for pride and to avoid the drop.

Whatever happens in the final two games, Blackpool will be pleased with their efforts, having already secured a top-16 spot.

Nonetheless, Neil Critchley’s side are only three points off 10th place, and that will be motivation for games against Derby and Peterborough.

Blackpool have also been in fine form recently, picking up seven points from three games, including a 2-0 win at Barnsley on Tuesday.

The goals came from unlikely sources in Owen Dale and Oliver Casey, and both players will want to continue to impress in their positions for next season’s squad.

Derby’s season may be over now that they have failed to retain their Championship status.

Wayne Rooney would have expected his Rams team to perform at their peak when Bristol City visited Pride Park last weekend.

However, they were beaten 3-1 by one of the division’s poor performers, indicating that thoughts may already be turning to 2022-23.

On a human level, that’s understandable, especially since the takeover hasn’t been finalized, but Rooney will need at least one positive result on Saturday or next weekend against Cardiff City to feel optimistic about the future.

Given Derby’s poor away record, Blackpool will be confident of a rout this weekend. Even if that doesn’t happen, we expect the Tangerines to win all three points, possibly with a quick start.

Blackpool vs Derby – Head To Head 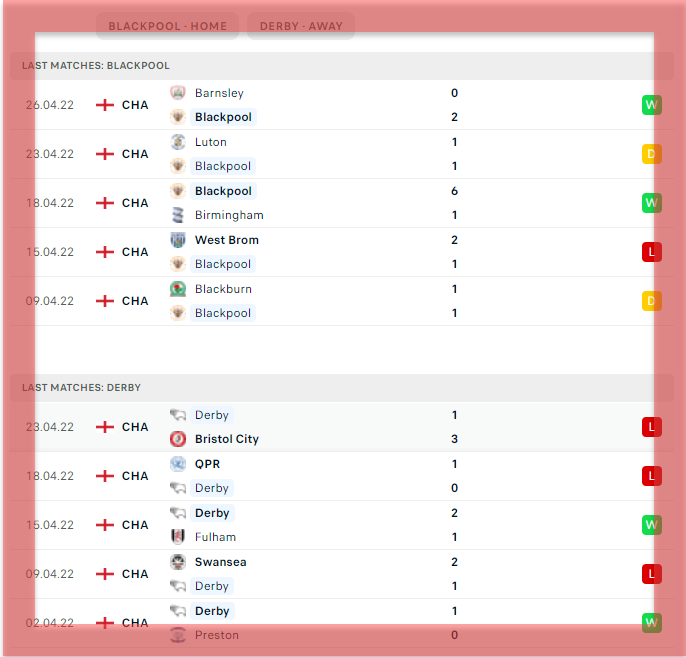