Blackburn vs Bristol City – Blackburn lost three more games to make it three straight league matches with a losing result after winning the first three Championship games of this season.

However, the three successful outcomes have enabled them to keep their place in the league’s top half. Since the goal-preventing side allowed a total of seven goals over the previous three Championship games, Tomasson will need to be concerned about the defensive toughness of his team.

After a sluggish start, things are picking up for Bristol City, who extended their unbeaten streak to four games this season with a fiercely contested 3-3 draw against Blackpool in the previous round.

They are now in the top half of the league standings and are one point behind their opponents. The offensive line of Pearson’s club has scored a total of 10 goals in the last four games, which should excite him.

When Bristol City plays Blackburn at Ewood Park on Saturday in a Championship game, they will have a wonderful opportunity to maintain their current winning streak.

Bristol City, on the other hand, have gone six games without a loss in all competitions. They had a separate four-game winning streak outside of the Championship games. The fact that they have gone four games without losing on the road is crucial.

Remember that each of their two road trips this season ended in draws as well. So, we must take into account the possibility of a deadlock in this situation. In light of these findings, we are supporting the double chance scenario in this case. 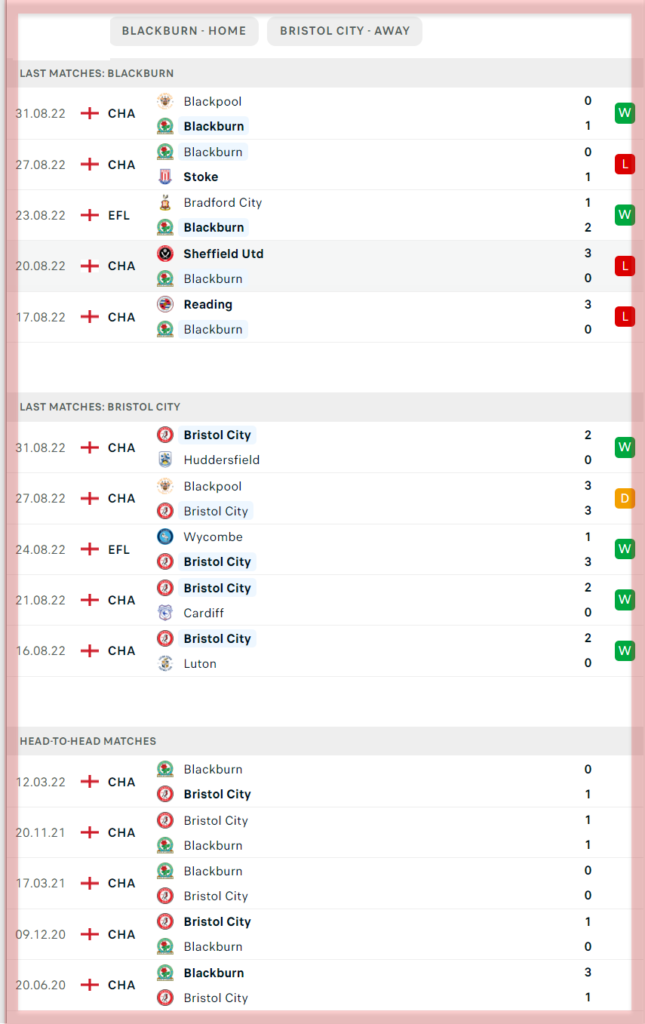