Benfica vs Famalicao – Preview and Prediction

Benfica vs Famalicao – Before the season started, Benfica was predicted to be the table toppers. But things were different this season, as they currently sit in third place with 67 points, 15 points behind FC Porto, who is currently in first place. In their most recent league match, Benfica won 0-2 on the road against Sporting. They had gone two games without a win in the league before claiming the aforesaid victory. They’ll be trying to build on that success with home advantage in the upcoming league match.

Meanwhile, Famalicao has been struggling in the league recently. In general, they are the same. This season, they have only put on a good show on a few occasions. They have an offensive and defensive line-up that is both underwhelming. In their most recent league match, Famalicao drew 2-2 at home against Gil Vicente. With that draw, they have now gone six games without a win in the league. They won’t be in the best of spirits after such a run.

Benfica has been in decent form this season when compared to other Primeira Liga teams, but falling short of expectations. They’ve won six of their last ten at home, so they’ll be in good spirits heading into this match. We have more than enough grounds to favour Benfica to win this match, given that Famalicao has lost eight of their last ten league matches on the road ,As a result, we pick Benfica based on their great head-to-head record and impressive home performances this season.

Benfica vs Famalicao – Head to head 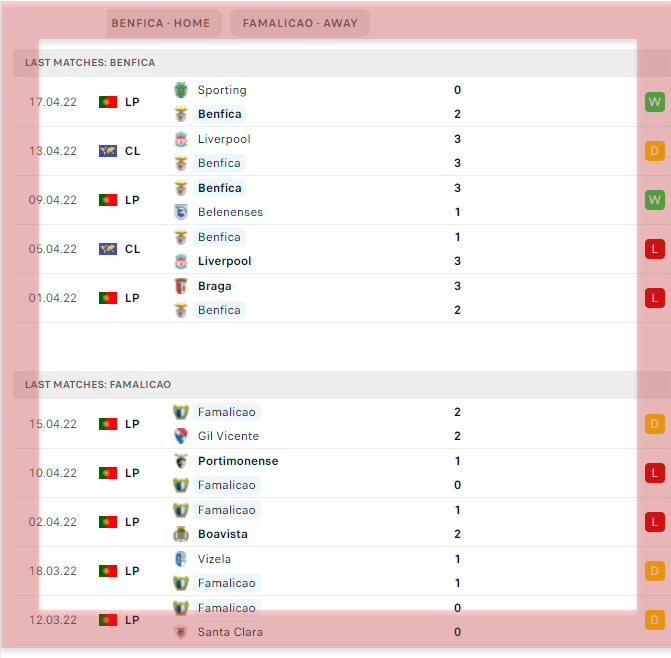