Benfica vs Arouca – Preview, and Prediction

Benfica vs Arouca -Benfica had a respectable record throughout the most recent Liga Portugal season. Because of their steadiness, they earned the third spot in Champions League Qualification.

Arouca, meanwhile, struggled throughout the most recent Liga Portugal season. Their placement on the table was the result of their underwhelming performance.

By just two points at the end of the season, they narrowly avoided being relegated. Arouca will travel to Estadio do Luz on Friday for their opening league match of the season against the host Benfica.

In the history of this head-to-head matchup, Benfica has been the overwhelming force. They presently have a winning streak over Arouca of six games, with their offensive side scoring at least two goals in each of those games.

We can see Benfica taking pleasure in their outstanding performance in the preseason friendlies. After last season, they won all five friendlies. Strong outfits for competitions are included.

At the moment, Benfica is undefeated at home. In their previous four home games, they were successful. In all four of those games, their attacking unit was in fantastic shape.

The victories they’ve had over teams like Fulham and Nice will give them more confidence to take on another here.

Arouca, on the other hand, had erratic performances at the close of the previous campaign. They went one step further by maintaining the same results in their preseason friendlies against teams with average potential.

Currently, Arouca is driving in a distasteful manner. They’ve gone six games without a victory on the road. Five of them also made negative statements.

In that circumstances, our only option is to support Benfica in their Friday matchup with this Arouca team and expect them to win easily. 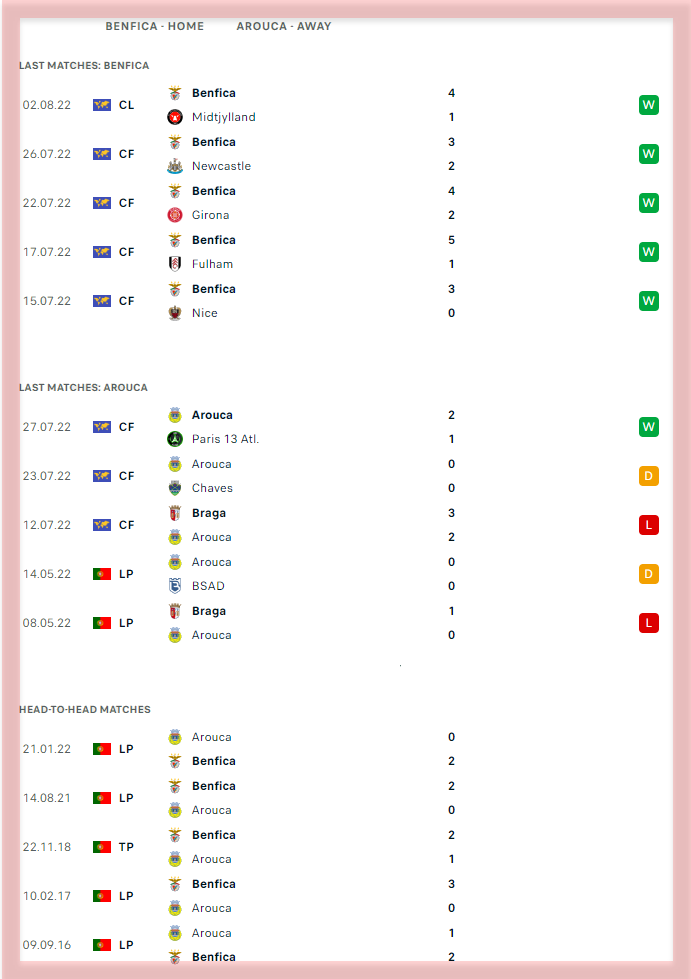