Belgium vs Canada – In an effort to capture gold on the largest stage with their golden generation, Belgium will make one last push. Before the World Cup, Spanish manager Roberto Martinez is dealing with a number of injuries.

Romelu Lukaku is undoubtedly out of the opening Group F match against Canada. The Red Devils, though, are adequately armed elsewhere. In the race for third place at the World Cup in Russia, Belgium defeated England 2-0.

The team’s main star is Kevin De Bruyne, but players like Michy Batshuayi, Eden Hazard, Dries Mertens, Yannick Carrasco, and Leandro Trossard can compete with any side in the world.

Despite only giving up one goal in their previous four games, they lost to Italy 1-2 in the quarterfinal of the 2020 European Championship.

The Belgians easily defeated Wales and the Czech Republic to win their World Cup Qualification group, while they finished second in the most recent UEFA Nations League season.

Canada will play in the World Cup for the first time since 1986. They have gained it as a result of an outstanding CONCACAF World Cup Qualifications campaign.

In the final group of eight CONCACAF zone countries, the team managed by Englishman John Herdman triumphed over nations including Mexico, the United States, and Costa Rica.

In the process, they have played 14 games while only allowing 7 goals. However, we have to admit that the recent friendlies did not showcase a superb Canadian back line. Canada conceded two goals in each of the previous two friendlies against Uruguay and Bahrain.

In the group round of EURO 2020, Belgium only conceded one goal, and Canada lacked experience on the largest stage. With Croatia and Morocco in the group, the Belgians cannot afford to make a mistake here.

Despite playing Russia and Denmark, Belgium only allowed one goal in the group round of the 2020 European Championship. Canada lacks experience competing on the largest stage, therefore we doubt they will pose a challenge to Belgium on Wednesday.

The best bet at the 2.37 odds is Belgium to win by a score of zero. Due to the fact that the Man City star is by far the most in-form player on this Belgian team, we will also wager on Kevin De Bruyne to score anytime for the Red Devils at the 3.00 odds. 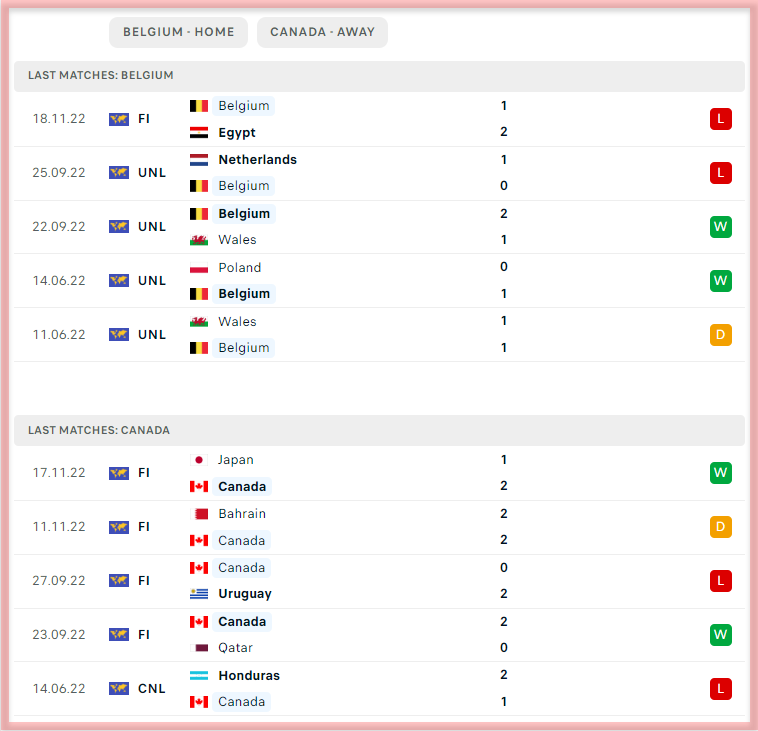