Bayern Munich vs Wolfsburg – We are all aware that Bayern Munich lacks real opposition in their home nation, yet we are nevertheless occasionally taken aback by their prolific goal scoring against European competition rivals.

The Bavarians, who won the Bundesliga for the tenth consecutive season last year, defeated Eintracht Frankfurt and DFB Pokal champion RB Leipzig by a combined score of eleven goals in the season’s first two games.

The first one, a 5-3 victory over RB Leipzig, came in the German Super Cup, and the 1-6 victory at Eintracht Frankfurt signalled the beginning of their title-defense campaign in German football’s top division.

After Lewandowski left the squad for Barcelona this summer, Bayern Munich entered a post-Lewandowski era.

Jamal Musiala, a teenage forward, appears to have been accepted into the team by head coach Julian Nagelsmann after scoring in both the Super Cup triumph over RB Leipzig and a brace in the first day’s 1-6 demolition of Eintracht Frankfurt.

When they meet Wolfsburg at the Allianz Arena on Sunday afternoon, the great Bavarians will have another opportunity to score five goals or more.

In the past nine matches between Wolfsburg and Bayern Munich, there have been eight wins and one tie, and of the previous 29 home games versus Wolfsburg, the Bavarians prevailed 27 times while drawing twice.

In two of their last five encounters with the Wolves, Bayern Munich has prevailed by a score of four goals or more, and Under new manager Niko Kovac, Wolfsburg didn’t get off to the best possible start. Last weekend, they only managed a 2-2 draw against recently promoted Werder Bremen at home.

It appears that Niko Kovac will need some time to patch up the defensive line problems for his group. It is most definitely not the appropriate moment to do so to go up against the nation’s deadliest offence.

At odds of 2.00, you may wager on the Bavarians to win in a -2.5 Asian Handicap. With Musiala to score anytime at 2.75 odds, there is excellent value.

Following their 1-6 Bundesliga 1 victory against Eintracht Frankfurt, Bayern Munich is hoping to continue their winning ways. In that match, Bayern Munich possessed 63% of the ball and 23 shots on goal, with 10 of those being successful.

Prior to this, VfL Wolfsburg drew 2-2 with Werder Bremen in a Bundesliga 1 game; in that contest, VfL Wolfsburg had 61% possession and 11 goal attempts, scoring on three of them. 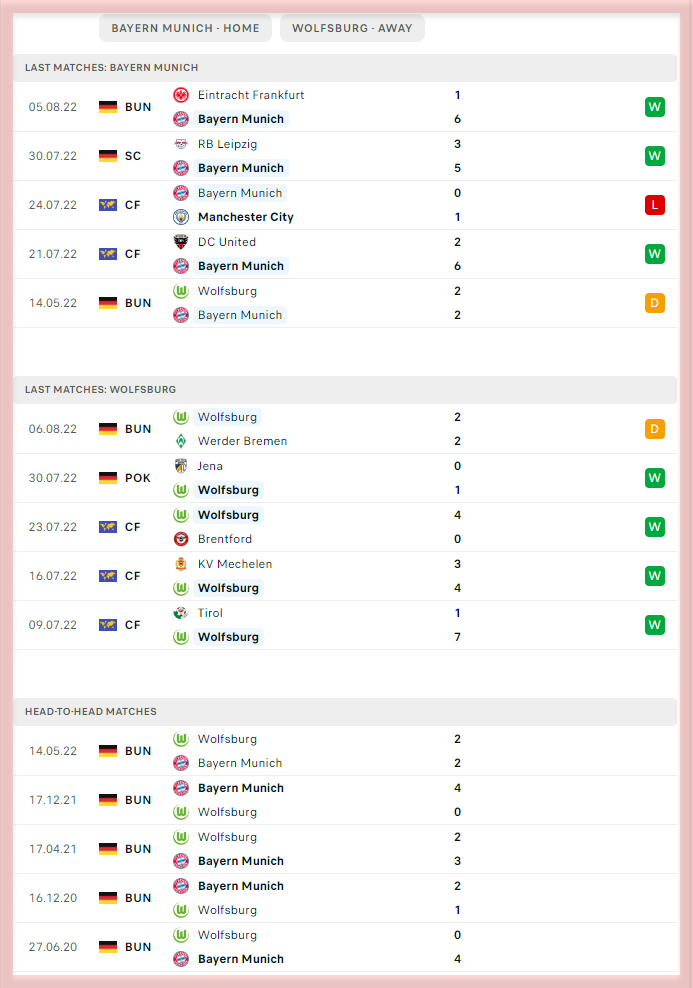 Our Prediction: Over 3.5 Goals