Bayer Leverkusen vs Freiburg – Freiburg blew a significant chance to keep pace with RB Leipzig in the race for the top four finish last weekend when they lost 1-4 at home to Union Berlin. Christian Streich’s team couldn’t manage the pressure on this occasion, giving up far too many chances to Union Berlin, who had the skill to exploit the opponents’ defensive flaws.

Freiburg are now two points behind RB Leipzig, and they must win Bayer Leverkusen and hope that RB Leipzig loses at Arminia Bielefeld on Saturday in order to reclaim fourth place and the privilege to represent their country in the UEFA Champions League next season.

On the other hand, Bayer Leverkusen did their job last weekend, scoring four goals in a dramatic six-goal thriller at PreZero Arena against Hoffenheim. Die Werkself sealed their comeback with a superb second-half effort from Patrick Schick, who scored a brace in Sinsheim to bring his season total to 24 goals.

Bayer Leverkusen now has a four-point lead over RB Leipzig in fourth place, ensuring that they will finish third and compete in the top European competition next season. On the final day of the 2021/22 Bundesliga season, we wouldn’t be surprised to see head coach Gerardo Seoane give some of his young players a chance to showcase their abilities at the greatest level.

The visitors will come into this match with a greater desire to win, and we feel this will be a key aspect on Saturday at BayArena. We prefer the Over 3.5 goals FT bet at 1.90 odds as well as the away win at 2.55 odds. 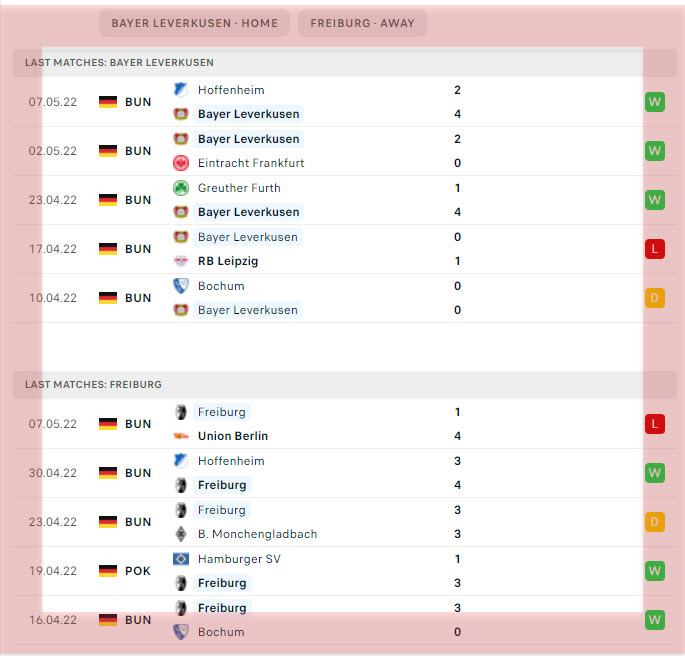