Basel vs Slovan Bratislava – Basel has the top record in Group H of the Conference League. So far in the group stage games, they are undefeated. When they host Slovan Bratislava for Matchday 3 they will try to continue their trend.

The host team got off to a fast start in their Group Stage match. Matchday 1 saw them overcome Pyunik by a score of 3-1. Wouter Burger scored a brace in the second half of that game.

The visitors are currently last in group H for this campaign. Most recently, they suffered a 2-0 loss to Pyunik. They gave up two goals in a span of less than two minutes throughout that contest. They are also yet to win in this season’s Conference League group stage games.

It’s critical to note that the visitors have failed to score a single goal in any of their group games this year. Also keep in mind that the host team won their most recent Group H game while maintaining a perfect record.

It’s noteworthy that the host team has thus far netted a total of four goals in Conference League play. In the game’s second half, three of those goals were scored.

Our initial prediction for this game is that Basel will win by a score of 2-0; the associated betting odds are 8.00. This is after taking into account that the home team in Conference League’s Group H has won the last two games straight. The next prediction is that Basel will maintain a spotless record; the odds for this top will be 2.25. Alexander Frei’s team most recently defeated Zalgiris with a 1-0 score while maintaining a clean sheet. 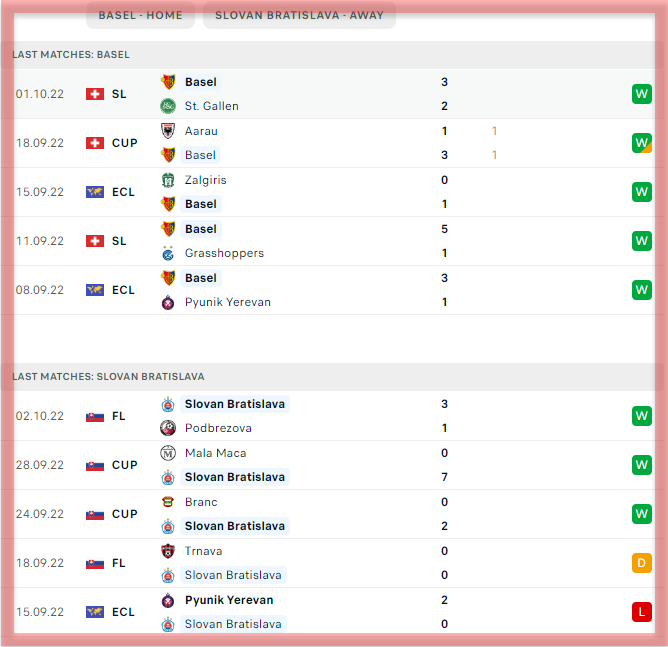