Barnsley vs Stoke – preview and prediction – team news, and lineups

Barnsley vs Stoke – Barnsley have put up a valiant battle in their bid for survival in recent weeks, taking nearly 40% of their total points from their last five league matches. It will be difficult to make up for the loss in the remaining fixtures; nevertheless, given their recent results, one would not want to bet against them.

With that stated, the team suffered a huge setback against Derby County last week, a club with whom they are in direct competition for survival. It was their second loss in four league games. With nine points from their previous five Championship games, the team has slipped to 23rd place, six points behind safety.

Stoke City will enter the game without a win in over a month and are expected to finish in the bottom half of the standings for the fourth consecutive season since their promotion to the second tier.

They lost a close 0-1 match at home to Blackpool in their most recent match. The hosts fought valiantly throughout the match, but eventually conceded in the last minutes. As a result, the team is now ranked 15th in the league, twenty-one points ahead of their opponents for tomorrow.

In recent weeks, the visitors have struggled, particularly on the road. Their opponents, on the other hand, are coming off two consecutive home victories and should take at least a point from this match.

There have been fewer than three goals in seven of the last seven games at this stadium. Similarly, the scoreline appeared in seven of the visitors’ last nine league road matches. A high-scoring fixture seems improbable based on these observations. 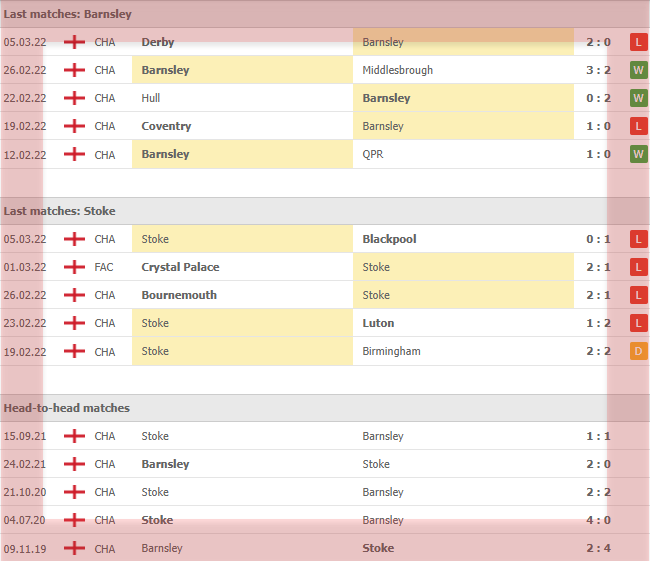