Barnsley vs Charlton – Preview, and Prediction

Barnsley vs Charlton – This weekend, on matchday 10 of League One, Barnsley will face Charlton at Oakwell in an effort to continue their unbeaten run. The hosts have recovered from an earlier setback and are currently winning again. In their previous four games, they are unbeaten. Also, they defeated Cambridge United 3-0 in their most recent League One contest.

It should be remembered that Liam Kitching was sent off with 20 minutes left to play in that match. He won’t be available for this upcoming match as a result.

The guests are stranded in the center of the table in the meantime. The current performance does not bode well for Ben Garner’s team. Additionally, this campaign, the visitors have played to a scoreless draw in 55% of their games. In their final league game, they had to settle for a point against Fleetwood.

In the 77th minute of that match, Miles Leaburn scored a goal. His season total now stands at three goals after this one.

It’s noteworthy to note that only 22% of Charlton’s league games have been victories this year. Additionally, their recent performance reveals that they have given up five goals in their last three games.

However, the home team has triumphed twice in their previous five games. Additionally, in their last three league games, they have scored six goals. Therefore, we may anticipate that they will win this game.

Our initial prediction for this game is that Barnsley will win by a score of 2-1; the associated odds are 9.50. In three of the last five encounters with Charlton, they have scored precisely two goals. They have also defeated this opponent twice by a score of 2-1.

Additionally, the next prediction is for both teams to score; the odds for this outcome are 1.70. Both sides have scored a ton of goals in the last three head-to-head contests.

Barnsley vs Charlton – Head To Head 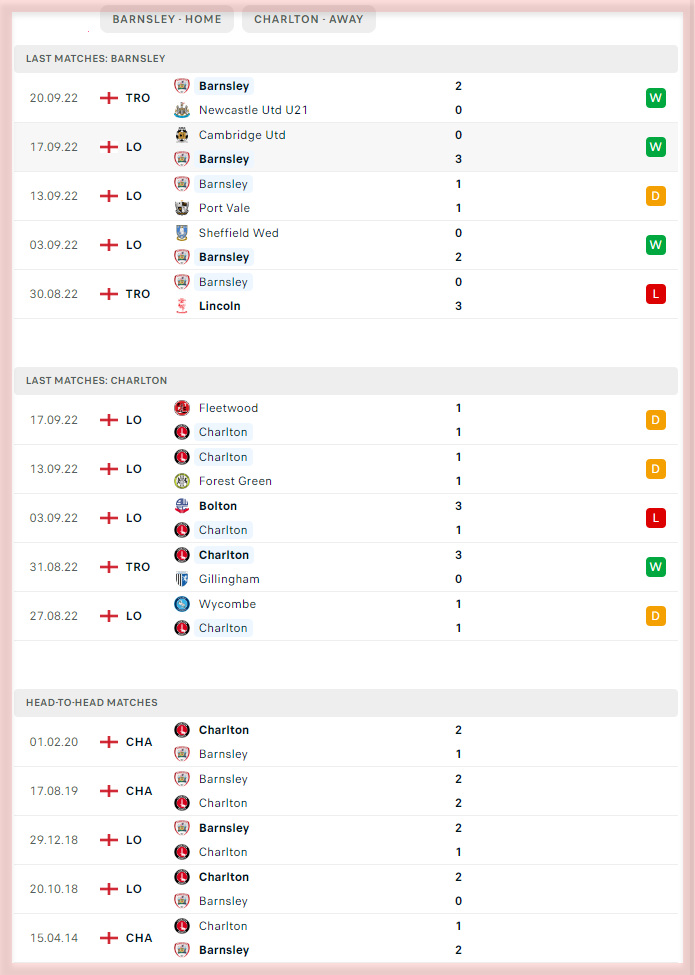