Barcelona vs Celta Vigo – The Catalans may finally relax knowing they have mathematically qualified for the upcoming Champions League. Now their focus is on ending this campaign on a high note.

It’s vital because it’s one of the metrics used to evaluate management Xavi. After exiting the Champions League group stage and being eliminated by Frankfurt in the Europa League, the former World Cup winner will want his squad to finish strong in the league.

Celta, however, sit comfortably mid-table and have nothing left to prove or achieve. Their results reflect their lack of ambition, as does their defense.

On the road for several weeks, they are now slated to travel to Barcelona‘s Nou Camp, where the injured Barca will be waiting.

To make matters worse, they have a dismal record against this opponent in general, and particularly at this site.
Considering this, expect Barcelona to win on Tuesday.

Barca had won 14 of the previous 19 games. The last five meetings had three goals or more. It’s been eight years since the visitors won here. The host team had scored 25 goals in the last six meetings.

The Catalans won 1-2 away at Real Betis to clinch their place in the Champions League next season.

They have also won three of their previous four games overall, and they will be eager to regain their recent home record. The team will be hoping for a relaxed atmosphere.

Celta did, however, win 4-0 at home last week. But the wins came against the faltering Alaves. They have lost nine of their previous twelve games and had only one win away from home in the last four months.

Finally, they’ve battled this rival in head-to-head matches for years. Considering this, expect Barcelona to win on Tuesday. 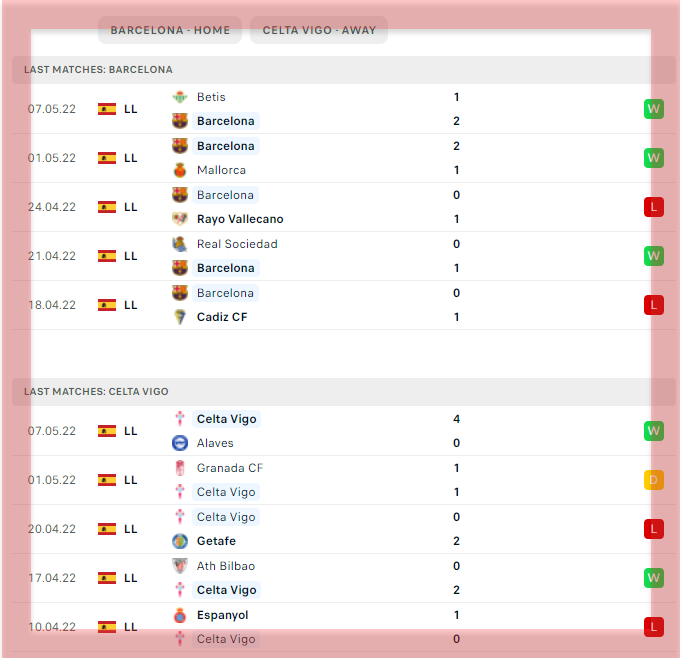