El Taladro climbed into 10th place in the overall Argentine Primera Division standings courtesy to a 1-0 win over Tigre, while Baraquenos are winless in this round, dropping a 3-1 decision to Boca Juniors in their previous meeting.

A penchant for the dramatic has evolved in Banfield in recent weeks, as they’ve won their last two games by a single goal, with the decisive goal coming with less than 10 minutes to go in each.

Their home losing streak in all competitions ended last Wednesday as they defeated C. Cordoba SE 2-1 with goals in the first half and the second half.

However, Banfield did let a couple of second half leads slip away in their final two matches of the opening phase, tying with the joint-overall leaders Racing 1-1 and Atletico Tucuman by that same score in their entire domestic campaign so far.

In 2022, we have seen a strong offensive-minded group that prefer playing on the front foot, yet to this point of the second phase they have not had a regular striker with the creativity to constantly make their 4-4-1-1 configuration work well.

Under new coach Claudio Vivas, this squad have yet to lose, displaying their defensive strength early on into his term, surrendering a goal or fewer in four of their last five matches.

Barracas Central got out to a stronger start last Sunday, but they couldn’t sustain their momentum and fell to a second straight defeat at home. Three of their final four road games in the first round of Argentina’s Primera Division were won by Alfredo Berti’s team, who showed an ability to retain focus and stay composed in enemy territory.

The newly-promoted side have had a difficult time establishing a decent defensive structure, conceding the third-most goals (seven) in this round of the competition.

At the moment, Los Camioneros have a good chance of staying in Argentina’s first division, currently occupying the 18th spot with a total of 21 points.

With a victory in this game they may climb back into the fight for a place in the Copa Sudamericana next season, currently five points behind that mark. 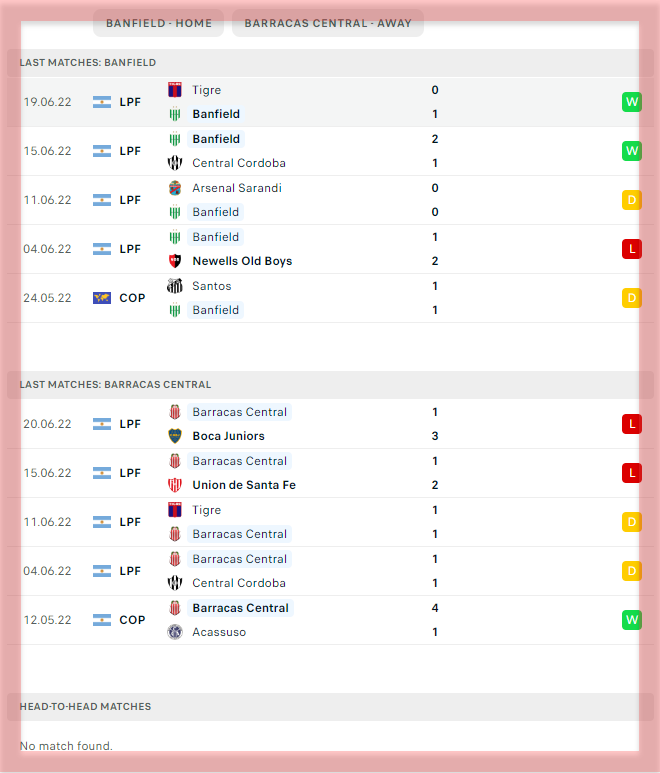