AZ Alkmaar vs Utrecht – AZ will seek to build on their previous performance, a 3-1 Eredivisie victory over Fortuna Sittard.

In their last six games, AZ hasn’t had any trouble scoring, doing so each time they’ve stepped onto the field.

The total number of goals scored against them throughout that period is 6, while they have scored an aggregate of 12. But perhaps this pattern won’t continue into the following game.

FC Utrecht and its traveling supporters will be looking for a better outcome in this one after losing to FC Twente in their most recent Eredivisie match.

Looking at their most recent head-to-head matchups dating back to November 23, 2019, it can be seen that AZ has won three of them, FC Utrecht has won one, and there have been two draws.

They combined to score 21 goals throughout this time, with AZ scoring 14 and Utreg scoring 7. This results in an average of 3.5 goals scored each game.

It appears that FC Utrecht will need to play exceptionally well to defeat an AZ squad that is poised to generate a lot of chances for themselves and score on them.

Turning to the betting odds on the 90 minute result market, a victory for AZ can be had for 1.73, backing a draw is 4.08 & selecting the win for FC Utrecht gets you 4.5. They’re the top prices available at the moment. 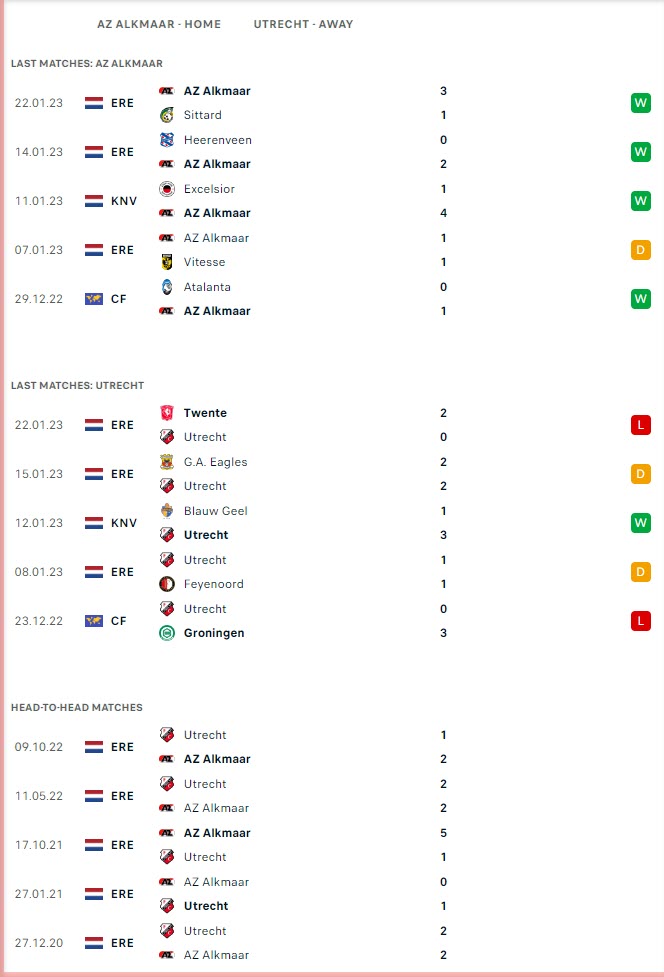