AZ Alkmaar vs Heerenveen – On Saturday afternoon, Heerenveen’s five-game unbeaten streak will be put to the test as they travel to AFAS Stadion to face AZ Alkmaar in Eredivisie Gameweek 30. Heerenveen had had a dismal season in the Dutch top flight this season, but they appear to have acquired some momentum in recent months after the arrival of Danish coach Ole Tobiasen as interim manager.

Heerenveen has climbed to 11th place in the Eredivisie rankings after a run of five games without a loss. They are now only two points behind eighth-placed Groningen, indicating that Tobiasen and his team may be able to compete in Europe next season.

Heerenveen’s recent success has been largely due to their rock-solid defence, which has allowed only two goals in their previous five league games. Sydney van Hooijdonk, who scored a brace in the previous round’s 3-1 win over Groningen at Abe Lenstra Stadion, deserves special note.

In the last few months, AZ Alkmaar has gone through a lot of ups and downs. They are now fifth in the Eredivisie table, six points behind Feyenoord in third and three points behind Twente in fourth.

In all competitions, AZ Alkmaar has only won one of their last six games. They’ve struggled to keep things quiet defensively recently, conceding two or more goals in three of their last four games.  As a result, we believe there is plenty of room for Sydney van Hooijdonk to score at any point for the visitors. You may bet on this situation at 4.75 odds. We also like the 6.00 odds offered for an away win in this game. 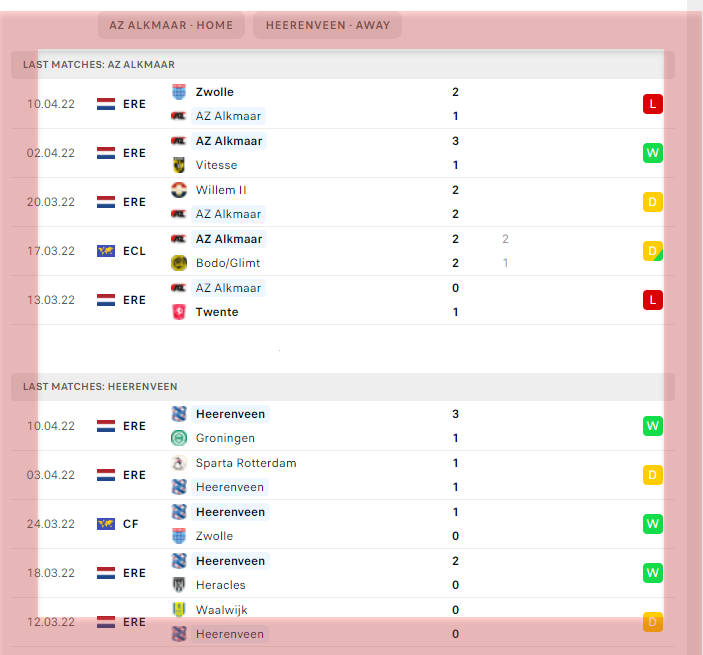