AZ Alkmaar vs Go Ahead Eagles – Preview and Prediction

AZ Alkmaar vs Go Ahead Eagles – Last season, AZ Alkmaar was one of the better-performing clubs in the Dutch top flight, and they have the confidence of having won European playoffs.

Meanwhile, Go Ahead Eagles should consider themselves fortunate for having avoided relegation the previous season in the table. In reality, at the end of the season, they had a two-point lead above the relegation zone.

They had been allowing a lot of goals all along, and they have really struggled to show any consistency in their recent games as well. Most significantly, they have been on a bad road streak for the previous few games, and their defensive stats during this time have been, to put it mildly, concerning.

Meanwhile, Alkmaar are currently on a winning streak and scoring goals at an alarming rate. They’ve also had a long run of solid results in front of their home crowd, and most crucially, they’ve had a good head-to-head record against this opponent throughout the years.

AZ Alkmaar vs Go Ahead Eagles – Head -to- Head 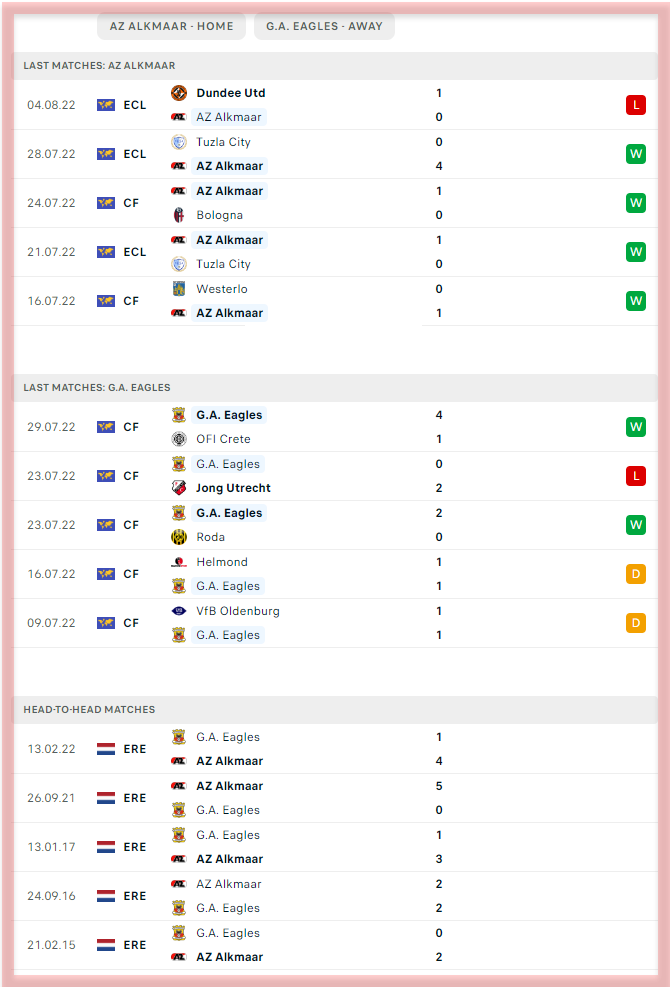