Austria vs Croatia – Preview, and Prediction

Austria vs Croatia – Austria will be hoping for a better outcome here after their recent 2-0 Nations League defeat to Denmark. Austria had 47% of the game’s possession and 2 of its 9 shots on goal were successful.

Six of Denmark’s 15 shots on goal were on target. Denmark scored goals through Jonas Wind (21′) and Andreas Skov Olsen (37′). Austria has kept a clean sheet in recent games just occasionally.

In truth, Austria has conceded 9 goals in 5 of their last 6 matches because they were unable to stop their opponents from scoring. Croatia will enter the match fresh off a 1-0 victory against France in their previous Nations League match.

Croatia enjoyed 46% of the game’s possession and 3 of its 4 shots on goal were on goal. Luka Modri (5′) was the only player to score for Croatia. France’s opponents had 17 shots on goal, 4 of which were on target. Zlatko Dali’s Croatia have scored a total of six goals in their most recent six games, giving them an average of one goal per game.

Ralf Rangnick, the manager of Austria, has no fitness worries going into this game because he has a completely injury-free group of players to choose from.

The Croatia manager Zlatko Dali has no fitness concerns going into this match because the entire injury-free group is available for selection. We believe that based on these two teams, it will likely be challenging for Croatia and Austria to score goals in this game.

Austria vs Croatia – Head -to- Head 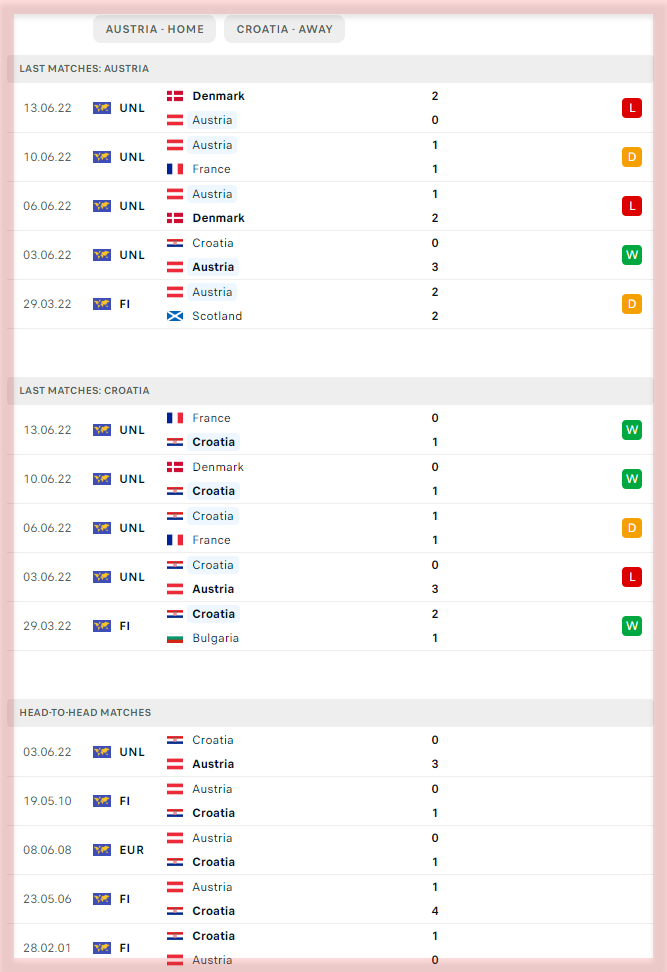