Austria Vienna vs Hapoel Be’er Sheva -Following a 2-2 draw in the Bundesliga encounter against SC Austria Lustenau, Austria Vienna will participate in this contest.

In that contest, Austria Vienna possessed 58% of the ball and made 22 attempts on goal, scoring on six of them. Aleksandar Jukic (56′) and Reinhold Ranftl (4′) scored goals for Austria Vienna.

Austria Lustenau made 8 attempts towards goal, four of which were successful. For SC Austria Lustenau, goals were scored by Anderson (34′) and Lukas Fridrikas (27′).

Hapoel Be’er Sheva will be looking to redeem themselves after losing their previous Ligat HaAl contest against Maccabi Haifa.

Prior to this match, Hapoel Be’er Sheva had no trouble breaching the defences of their opponents, scoring 12 goals in their previous six games.

Although its manager Elyaniv Barda will undoubtedly view that as encouraging, Hapoel Be’er Sheva may also strengthen its defence after allowing goals in 5 of those same matches.

The Hapoel Be’er Sheva manager Elyaniv Barda does not have any significant fitness concerns going into this match because he has a fully injury-free roster to choose from.’ 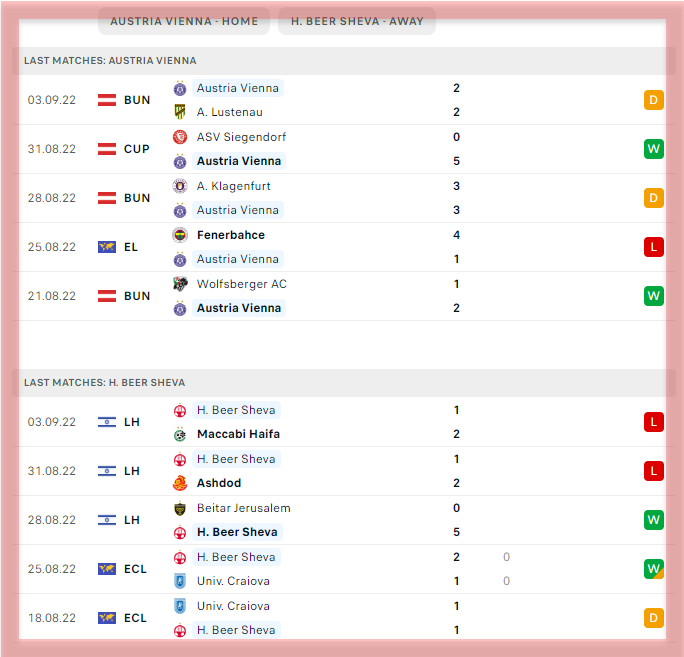