Frankfurt lost out on any European events for this forthcoming season because they placed 11th in the German topflight the previous season.

They had a terrible season because they finished in the bottom half the previous time. The crew is committed to making amends this time.

This season, Frankfurt got off to a fantastic start, winning frequently. In eight of their total twelve games this season, they remain unbeaten.

Further, they are seven positions below their Saturday opponents on the table. Currently, there are six points separating these two teams as they stand on the table.

In the league, Augsburg consistently shown strong play. But in the previous five games, they failed to pick up a single victory.

They are now in the bottom part of the standings, which is where they generally end up when the league is through. Their defence is the worst aspect of their slump.

In the previous five meetings, Frankfurt did not suffer a single loss, and over the course of those five games, they had scored a total of 10 goals. The most recent game held here had ended in a 1-1 draw.

At the moment, Augsburg is playing so poorly that they cannot defeat Frankfurt. In their last two home games, they had given up a total of 8 goals.

Frankfurt, on the other side, scored five goals in their last two away games. In this game, they can continue the same pattern.

Given all of these facts, we think Eintracht Frankfurt will triumph on Saturday. Daichi Kamada, their Japanese midfielder, had five goals in his last six games, so we want to back him to Score Anytime. 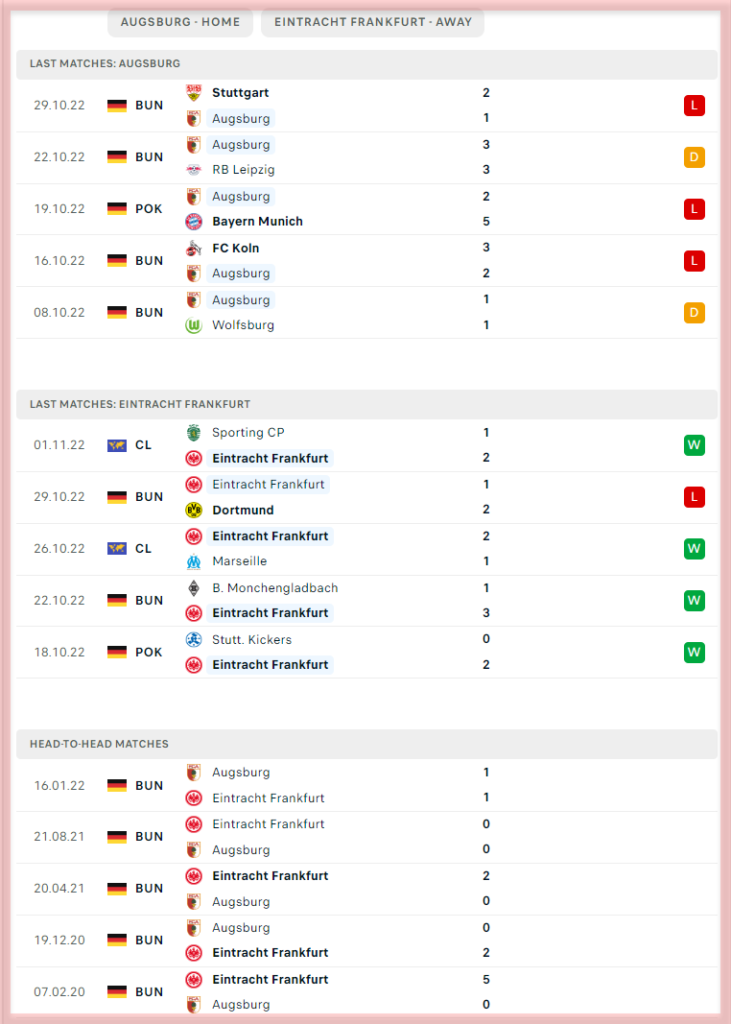