Atletico Madrid vs Sevilla – Along with Real Madrid and Barcelona, the winner of this encounter could determine who finishes third on the podium. This is a source of pride for Atletico Madrid, the defending champions. Because anything less than a podium place should be unacceptable to their supporters, especially after they had just won the championship the year before.

They are now in third place in the rankings and have already secured their place in the upcoming Champions League season. This will allow them to play without pressure, and we should expect one of their best performances, especially considering they are at home.

Sevilla, on the other hand, is in fourth place and has yet to confirm their Champions League ticket. They do have a 5-point lead over Real Betis in fifth place, and with two games left, anything can happen. It is in the team’s best interests to go for broke on Sunday and secure a top-four finish at all costs. Leaving something like this till the final matchday would be incredibly hazardous.

Expect a heated battle between the two on Sunday at the Wanda Metropolitano. Furthermore, in this last stretch of the season, there will be a massive ego battle between two of the league’s finest teams. Goals are likely to come in large numbers.

Diego Simeone’s side defeated Elche 0-2 on the road the other day, and they are now on a two-game winning streak. Also keep in mind that they have won five of their last eight games at home.

Mallorca, on the other hand, held Sevilla to a 0-0 draw at home the previous game week. They are, however, unbeaten in four straight games and have won ten of their last thirteen. In fact, two of their three losses came against Real Madrid and Barcelona during this period.

Expect a tense battle between these two squads as they compete for a podium finish. This week, goals are expected from both sides of the pitch. 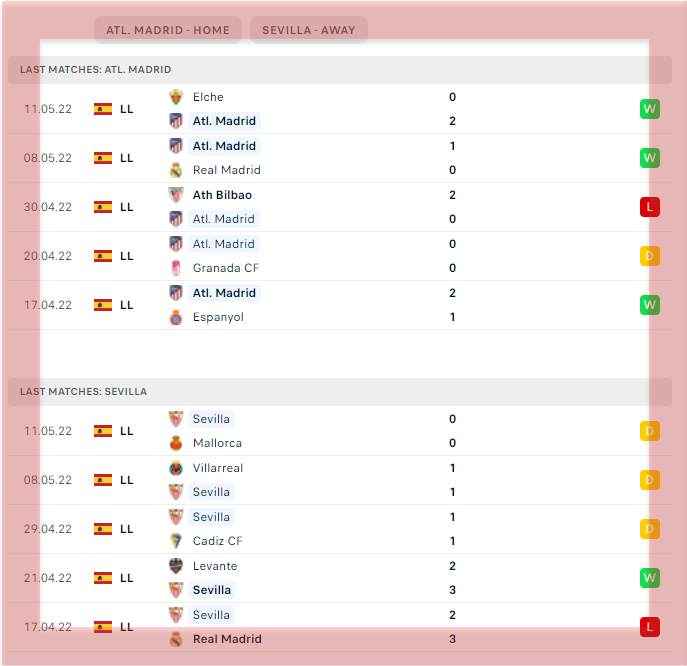