Atletico Madrid vs Espanyol -Atletico Madrid, a former champion, has not yet reached their full potential in the Spanish top division but they are on the right track. Currently, they are listed third in the table, after the two giants. And this Saturday at home against the ailing Espanyol, they will be the clear favorites.

Espanyol has only recorded two victories to date and is currently ranked 15th out of 20 teams. In fact, they only have a one-point advantage over Cadiz, who are now in 19th position.

They have been a shambles, especially on the road, and they are giving up goals in large quantities. Their fans find it worrying that they have only been able to win one away game thus far.

The team led by Diego Simeone is once again demonstrating why they are undoubtedly Spain’s third-best. Despite a few early setbacks, they have moved up to third place, trailing only the dynamic duo of Real Madrid and Barcelona.

Throughout the entire league season, Atleti only lost three times, and one of those losses was to archrival and defending champion Real Madrid. Another setback occurred against Villarreal, a former champion of the Europa League.

Additionally, they have a historically strong head-to-head record versus this foe, particularly at home. On Sunday, Atletico Madrid will undoubtedly perform admirably in front of their home crowd.

In the most recent game, Atleti prevailed 2-1.Three of their last four battles were victories. The hosts here have a winning streak going back to 2018.In the last two encounters held at this venue, the home team scored five goals.

Simeone’s team lost in the Champions League and was unable to advance at least to the Europa League. Since they are currently without anything to divert their attention, they will make it their goal to make life more difficult for Real and Barca.

You can count on them to put up a fantastic show this weekend at home against the slumping Espanyol. Espanyol actually struggled to win games this La Liga season and only managed one road victory the whole 2022 season. Right now, Sunday should see Atletico Madrid triumph. 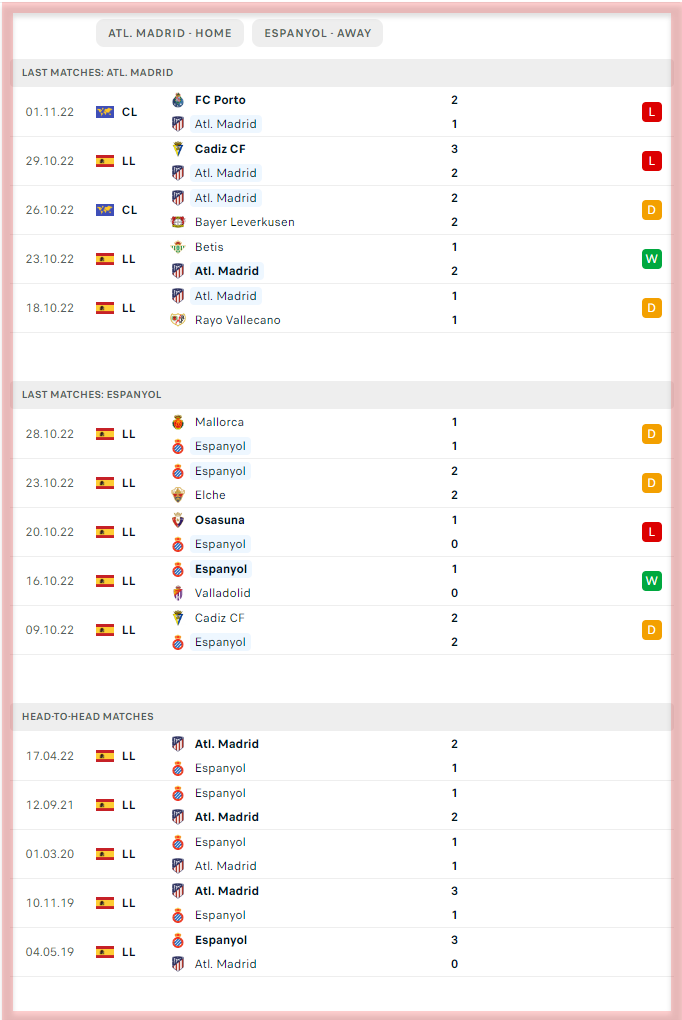