Nico Williams suffered a hamstring injury in Athletic’s triumph over Real Madrid, and the young forward is anticipated to be sidelined for at least four weeks.

Unai Vencedor joins Williams on the sidelines, although the 21-year-old midfielder is close to returning from a similar injury and could compete for a spot today.

Given the short turnaround, Marcelino may be compelled to make some changes as Inaki Williams, Iker Muniain, and Oscar de Marcos prepare to return to the XI.

Hugo Guillamon broke his nose in the draw with Sociedad and may be cleared to play with a mask after surgery, while Gabriel Paulista is still out with a hamstring injury and will be out for a few weeks.

Bordalas should be able to welcome Mouctar Diakhaby and Omar Alderete back to the fold after their recent absences. Goalkeeper Jasper Cillessen may not be ready to put on the gloves just yet.

Bordalas is likely to go with the same backline that kept a hard-earned clean sheet against Sociedad, but Tottenham Hotspur loanee Bryan Gil will be expected to start again out wide. 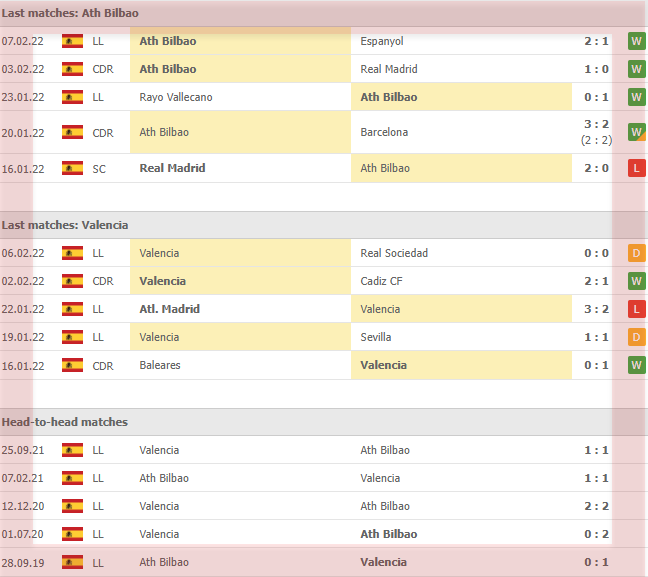 Athletic should be confident in their ability to go all the way in the Copa del Rey, given the calibre of opponents they have already defeated, and Marcelino has an almost totally healthy roster.

Valencia’s inconsistency will almost certainly result in a slender first-leg advantage for the hosts, leaving Bordalas’ team with a mountain to climb in the second game.