Atalanta vs Torino – Preview and Prediction

Atalanta vs Torino- On Saturday, Atalanta defeated Venezia 1-3. Four days later, Torino will visit Gewiss Stadium in Bergamo, hoping to build on this success.
Venezia opened the scoring five minutes into Saturday’s match against Atalanta, but it has been all one way for Gianpiero Gasperini’s men.

They are presently only four points behind Roma in fifth place and might return to the European competitions.
Torino enters this tie on a high. They won their fourth league game in a row on Saturday, 2-1 at home against Spezia.

Juric can be pleased with his team’s recent defensive efforts.

Torino has conceded two goals in four league games. In their previous six away games, they had not scored three or more goals.

In recent matches against Torino, Atalanta have been scoring goals for fun.

La Dea come into game having won three and drawn one of their previous four matches with Torino, scoring 16 goals in total.
Each of the last five meetings between these two rivals has witnessed three or more goals.

Atalanta looked magnificent against Venezia four days ago, but their recent run has been dismal.
Torino have been excellent defensively recently, so we’ll take the 2.00 given on Under 2.5 goals FT. We also favour the draw’s 4.00 odds. 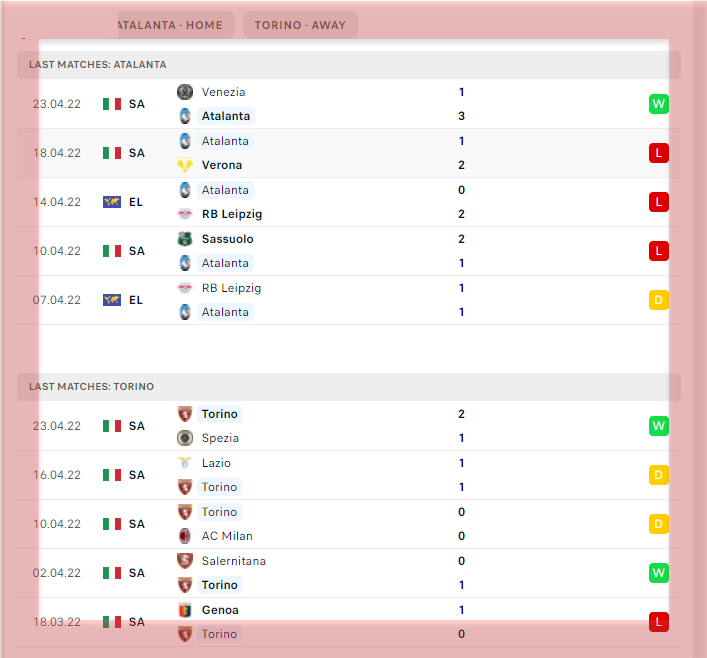