Atalanta vs RB Leipzig– Both teams are having strong performances right now. They are scoring goals in abundance and are determined to reach the Europa League final four.

Atalanta have had minor form issues, but they have made up for it with outstanding results at home. They even fought hard in the first leg on the road. They will also want to win the Europa League and thus qualify for the next Champions League, as finishing fourth in Serie A is uncertain.

Leipzig, meanwhile, have been outstanding recently. They have a long unbeaten streak, especially on the road. They were also a top-four contender in the competitive German Bundesliga. Expect a high-scoring game this weekend when these two meet at Gewiss Stadium.

The first leg ended in a 1-1 draw, and another one is expected on Thursday. Both teams are determined to win their way into the semis.

Moreover, both teams have scored a lot of goals recently, and this trend should continue into the second leg. The Gewiss is shaping up to be a goal fest.

In the German Bundesliga, Leipzig are only six goals behind Dortmund. They haven’t lost on the road since the first week of December. And it was against Bayern Munich.

Atalanta has only lost three league games at this stadium since 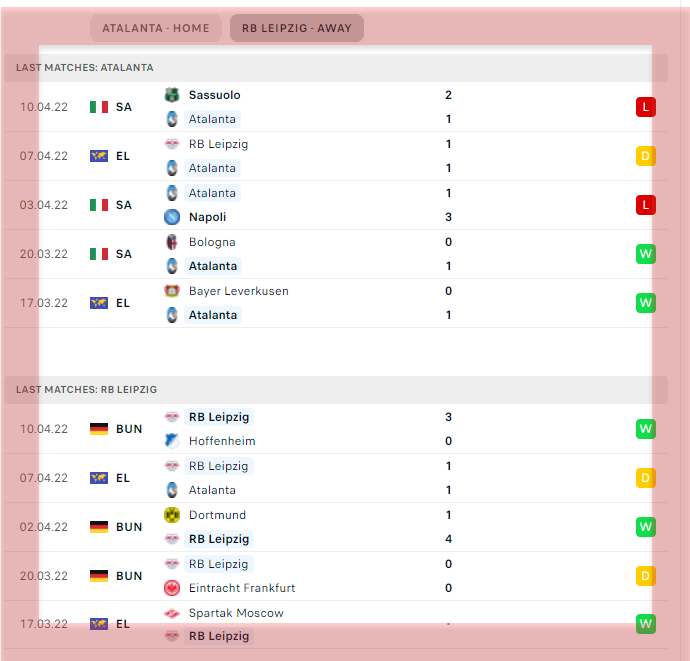