Arsenal vs Wolves – preview and prediction – team news, and lineups

Arsenal vs Wolves – When Bruno Lage’s Wolverhampton Wanderers visit the Emirates for tomorrow’s Premier League match, Arsenal will be looking for their second win in less than a month.

The Gunners won 1-0 at Molineux on February 10 and are now one spot and two points ahead of their opponents, despite having played one game fewer.

Arsenal depended on its Hale End potential to turn a dominant effort against Brentford into all three points on a day when some Gooners felt disgruntled by as many as four penalty calls being waved away by Jonathan Moss and Lee Mason in the VAR room.

Emile Smith Rowe and Bukayo Saka’s well-taken goals put an end to a difficult first 45 minutes, and while Christian Norgaard added an injury-time consolation, it was too little, too late for Brentford to repeat their opening-day victory over Arsenal.

Few would have bet on Wolves finishing in the top four in the early stages of the season, but Lage’s team are indisputably genuine challengers for a position among the elite, and their chances of qualifying for the Champions League were bolstered by a slim win over Leicester City on Sunday.

Daniel Podence scored his first goal of an injury-plagued season after Ademola Lookman had cancelled out a typical Ruben Neves thunderbolt to give Wolves their second consecutive league win after a strong effort at Tottenham Hotspur.

The race for European football is far from over, but Wolves can take heart from their seventh-place finish in the table, and fifth place will be theirs if they get the better of Arsenal at the Emirates.

Following his one-game suspension for his Molineux red card in the win over Brentford, Martinelli has returned, ensuring that Arteta has a completely healthy team for this critical match.

During Martinelli’s time in the club, Smith Rowe was limited to a super-sub role, but Arteta’s decision to drop the England international following his ninth goal of the season on Saturday would be shocking.

For Arsenal, things should mostly stay the same, but Takehiro Tomiyasu was fit enough to start against Brentford and might potentially replace Cedric Soares, who filled in admirably on Saturday.

Yerson Mosquera and Willy Boly have returned to full training, and Pedro Neto made his first appearance of the season against Leicester, much to the delight of the Molineux faithful.

After playing just 10 minutes at the weekend, the highly-rated 21-year-old is unlikely to start, but if Lage sacrifices Joao Moutinho and moves to a 3-4-3, Hwang Hee-chan and Francisco Trincao might battle for a spot in the attack. 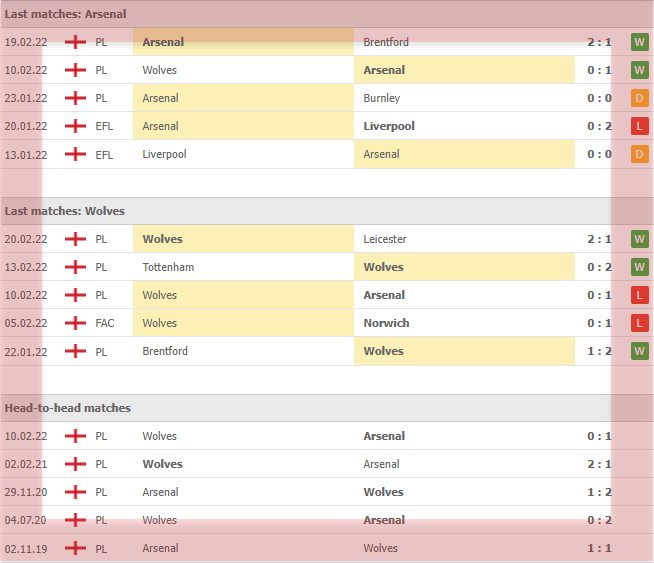