Arouca vs Sporting CP – Sporting has been a dominant force in the Portuguese top division for a number of seasons, and they have continued at the same level this year. Arouca, on the other hand, makes no such claim and is currently struggling just to stay in the middle of the table.

In the entire league season, Arouca has only managed three victories, and just one of those came in the previous five matchdays. They are definitely struggling at home as well, and it is important to note that they recently fell to Braga 0-6 in this same stadium.

Sporting, meanwhile, is the only team in the Liga Portugal competition right now that has won three straight games and has only suffered three losses overall.

Additionally, the fact that they are one of just four teams in the Portuguese top division to have scored 20+ goals deserves special note. Only four teams really managed to score 15 or more goals.

In addition, they have a strong head-to-head record against this competitor over the years. Judging all of these facts together, I believe Sporting is poised to produce a convincing victory this weekend.

Since the middle of August, Arouca has only earned two victories, one of which came in the domestic cup against a team from a lesser tier. Additionally, they are giving up goals frequently at home; in fact, this entire season, they have just kept one clean sheet there.

Sporting, on the other hand, are in excellent form and are also contending for a position in the top division. They also have a strong head-to-head record versus this competitor. 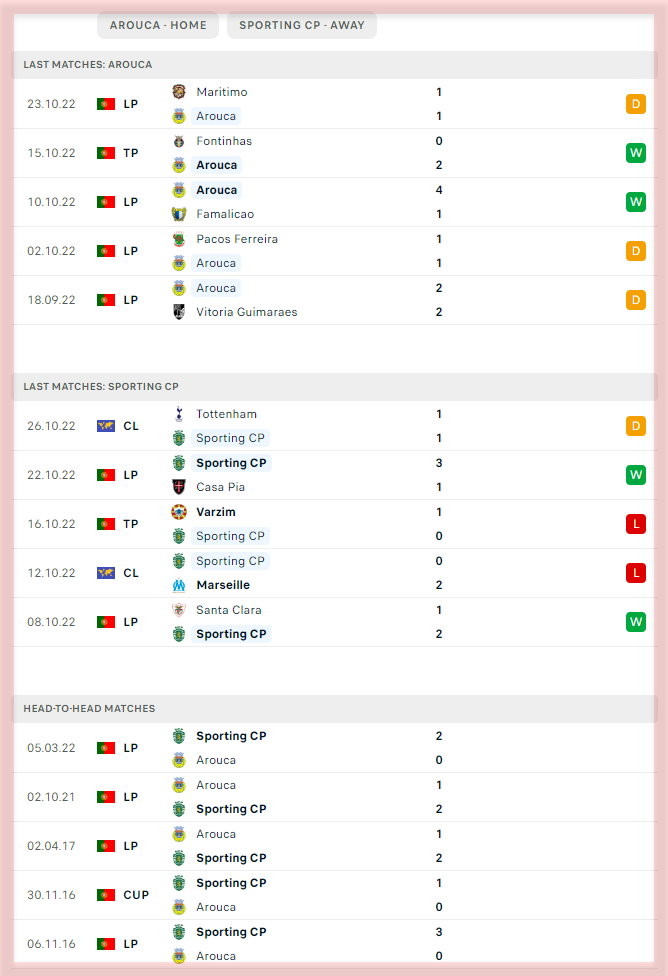