Arminia Bielefeld vs RB Leipzig – When Arminia Bielefeld lost 2-1 away at Bochum last Friday, they missed their final train in the race to avoid relegation. Marco Kostmann’s team went all out in the final minutes of the game, hoping to snare a crucial three-pointer, only to be penalized by an 89th-minute own goal, resulting in a 2-1 loss at Vonovia Ruhrstadion.

Arminia Bielefeld is now three points behind Stuttgart, who are currently in the relegation playoffs. Nonetheless, because the hosts have a seven-goal goal differential against Die Schwaben, they will need a miracle in the final round to avoid relegation to the 2. Bundesliga next season.

To make matters worse, on the final day of the season, Arminia Bielefeld will host RB Leipzig at SchucoArena on Saturday afternoon. Last weekend’s 4-0 thrashing of Augsburg at Red Bull Arena propelled the visitors back into the Bundesliga top four.

As a result of Freiburg’s home loss to Union Berlin, they now have a commanding advantage heading into the final day of fixtures. RB Leipzig will be in the UEFA Champions League next season if they win on Saturday at SchucoArena. Given the apparent caliber difference between these two squads, we have little doubt that Domenico Tedesco’s warriors will succeed.

After losing eight and drawing two of their previous 10 Bundesliga matches, Arminia Bielefeld did not deserve to remain in Germany’s top flight. We think RB Leipzig are enormous favorites here, and anything less than a comfortable win for the visitors at SchucoArena on Saturday would be shocking. 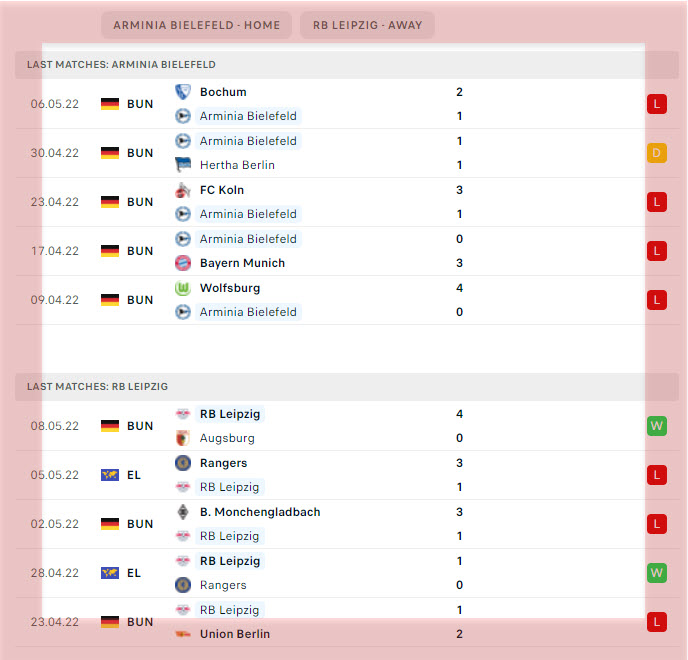