On Tuesday evening, the Bavarians conceded a late equalizer to Villarreal. After a 1-0 loss in the first leg at Estadio de la Ceramica, they were knocked out of the elite continental competition with a 1-1 draw at Allianz Arena.

After being ousted from the DFB Pokal, Julian Nagelsmann’s side now has only the domestic league to play in the remaining months of the season.

The Bavarians are nine points clear at the top of the Bundesliga table, and they should be able to clinch the title in the coming weeks.

In the previous six league rounds, Arminia had only one point. In their last three league games, they have lost twice by a score of 4-0.

The most recent being last weekend at VOLKSWAGEN ARENA vs Wolfsburg. Frank Kramer’s side are presently in the relegation playoffs and are in desperate need of points to prevent relegation to the 2. Bundesliga.

They’ll rely largely on their home form heading into this match, as they’ve only lost one of their last eight league games at SchucoArena. However, given the quality of the opposition, such as Bayern Munich, it is unlikely to matter.

Bayern Munich will be fired up to make amends after being eliminated from the Champions League. Despite their recent struggles, Bayern should easily defeat a weak Bielefeld team tomorrow.

Arminia Bielefeld has had a terrible run of late, losing five of their past six league games. As our key pick, we’ll back the Bavarians at 2.25 odds to win by at least three goals. At 2.75 odds, you may back Robert Lewandowski, the competition’s leading scorer, to score the game’s first goal. 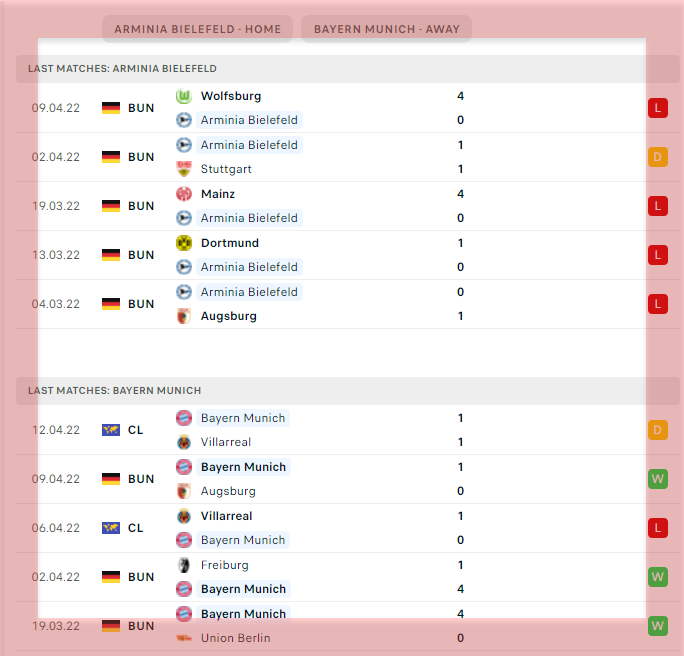