Armenia vs Ukraine – Preview, and Prediction

Armenia vs Ukraine – After losing to Scotland in their most recent Nations League match by a score of 1-4, Armenia won’t want a recurrence of that performance here.

Armenia possessed 30% of the ball during that game and made 9 efforts on goal, scoring on 4. Vahan Bichakhchyan was the lone scorer for Armenia (6′). Scotland had 14 shots, 7 of which were on goal.

Scotland scored goals through Stuart Armstrong (14′, 45′), John McGinn (50′), and Ché Adams (54′). Recently, games involving Armenia have typically been exciting, with a lot of scoring being the norm rather than the exception.

Three of the 21 goals scored by both teams combined throughout their last six meetings (at an average of 3.5 goals per game) belonged to Armenia. However, there is no guarantee that this pattern will continue into the following game.

Ukraine and Ireland played in the Nations League and tied 1-1 in their previous meeting. In that game, Ukraine had 62% of the possession and made 9 efforts on goal, scoring on three of them.

Artem Dovbyk scored the goal for Ukraine (at 47′). Rep. of Ireland made 8 goal attempts, scoring 3 of them. For Ireland, Nathan Collins scored in the 31st minute.

The Ukraine defence has put up a string of strong performances, and as a result, they have only given up 3 goals overall in their last combined 6 games. Their own assault force has scored 10 goals over that time.

Due to an injury-free roster that is prepared, Armenia manager Joaqun Caparrós doesn’t have any concerns about his team’s physical condition going into this match.

Oleksandr Petrakov, the manager of Ukraine, has no fitness concerns whatsoever going into this game because his team is entirely injury-free and prepared.

Armenia may find themselves up against it when playing this Ukraine team, who we predict will score at least one goal. As a result, when the full-time horn sounds, Ukraine will have a spirited 1-0 advantage.

Armenia vs Ukraine – Head -to- Head 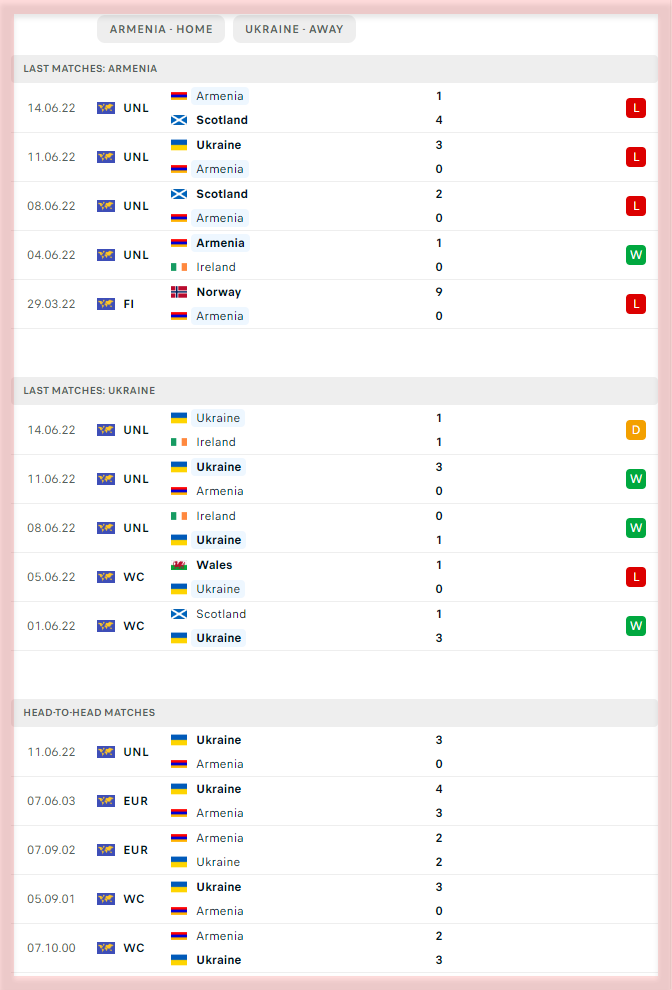