This season, the visitors are experiencing a challenging period in the league. In their last four league games, they have failed to win. They are, however, now ranked second in the league table.

The visitors’ most recent league match against Talleres Cordoba ended in their third consecutive draw. Ramiro Carrera converted a penalty for the team of Lucas Pusineri. It’s important to note that they had six shots on goal during that match.

This season, the hosts are likewise lagging behind. They have lost three of their previous five games, according to their current form. Gabriel Milito’s side immediately recovered from two straight losses by defeating Rosario Central by a score of 2-1.

But in their final league match against Defensa y Justicia, they lost once more. In that encounter, Gabriel Avalos opened the scoring in the game’s 24th minute.

However, Defensa y Justicia rallied in the game’s second half. The host is currently in seventh place on the standings as a consequence of this outcome.

The two sides had previously faced off eight times. Three of those games were victories for Argentina. In the previous two encounters, more than three goals were scored.

In the previous four games, the current host has recorded two clean sheets. At Estadio Diego Armando Maradona, the visitors will struggle. Despite playing poorly the previous five times, both sides have strong winning records.

If the El Decano are successful in winning this match, they will have the chance to pass league leaders Gimnasia. Additionally, this season, they have only suffered two league losses.

However, the host will make an effort to restore the winning momentum. It will aid in the team’s recovery from its two losses earlier in the month. Atletico Tucuman will win this match, according to our forecast, with a 3.42 odd.

This is in light of the fact that the visitors are unbeaten in their last two games at Estadio Diego Armando Maradona. They have also gone unbeaten in four of their last five league games. 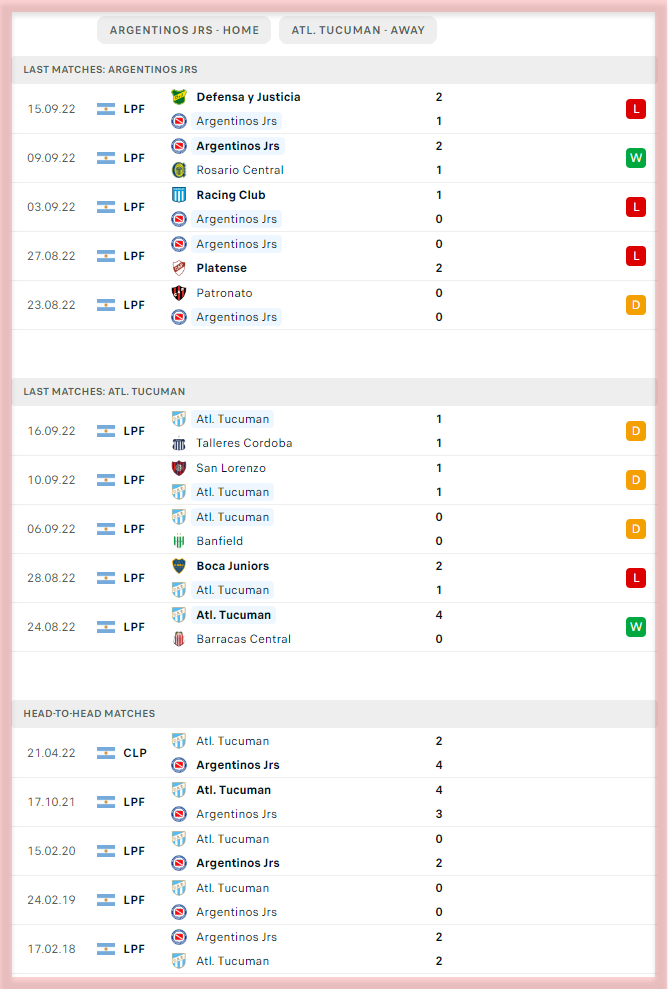