APOEL vs Botev Plovdiv – APOEL finished second in the Cypriot league at the end of the regular season, and they did it by consistently displaying a potent attack.

They’ve kept up that form, and they’re excited to face the struggling BOTEV, who travelled all the way from the Bulgarian league to play in this one. At the conclusion of the regular season in the Cypriot league, Botev found themselves 18 points behind the league champions.

Even even then, they had defensive issues, and things have gotten much worse over the past several weeks. They haven’t won in a while, and they’re giving up goals at an alarming rate.

They finished 24 points behind the leaders in the Championship Round, which is a worrying deficit. APOEL had the best offensive record in the Cypriot premier league previous season, scoring only two more goals than the next best team.

They’ve been scoring goals at a really healthy clip for the previous few weeks and have been quite consistent. Moreover, they will be playing in front of their home fans this Thursday, which will boost their morale and make them even more motivated to make this game matter in the long run of their Conference League playoff hopes.

APOEL had gone two games without losing, and they were 9-0-2 in their last 11 games overall. Additionally, they had won four consecutive matches, and had two distinct two-game winning streaks. In their last 24 home matches, they had gone undefeated.

Botev, on the other side, have lost three of their last four matches and are currently on a five-game losing streak. Remember that they have only won four occasions away from home since June of last year. 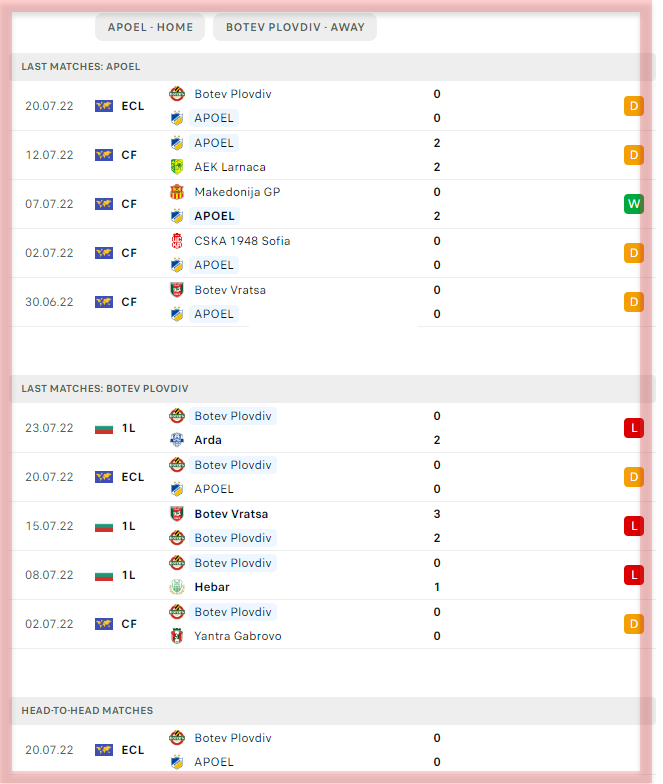