Antwerp vs Club Brugge – Antwerp hasn’t done very well in the Championship rounds of their games. The team has only played three games, and in those three games, they have not won a single one. At the moment, the team has 33 points and is in last place in the Championship. With their current record, the team is now in the Conference League playoffs.

Antwerp’s last game was against Anderlecht. In that game, Anderlecht scored four goals, but Antwerp couldn’t score any, so Antwerp lost with a final score of 0-4.

The current Champions are getting ready to win the Jupiler League title again. This season, they’ve done well in their games. In their last nine games, they haven’t lost and have won eight of them. Also, Brugge is three points ahead of the team in second place on the table. If they want to stay at the top, they need to win the next few games as well.

Union Saint-Gilloise was the last team Club Brugge played. Brugge scored one goal and defended well, so USG didn’t score any goals. The game ended with a score of 1-0.

When Antwerp plays Club Brugge in the next match, it will be hard for them. Since the Championship round started, Antwerp hasn’t won a single game, while Club Brugge has won three times.

Antwerp’s performance at home has been all over the place. In their last three games, they have lost all of them. In Championship round home games, the team has not scored a single goal. On the other hand, Brugge hasn’t lost in their last eight games. They have also won their last two games without letting the other team score.

Based on their past performances, Brugge is the most likely team to win the match. Brugge hasn’t given up a goal in their last four games, while Antwerp hasn’t scored in their last five. So, we can expect that Brugge will win with a clean sheet. 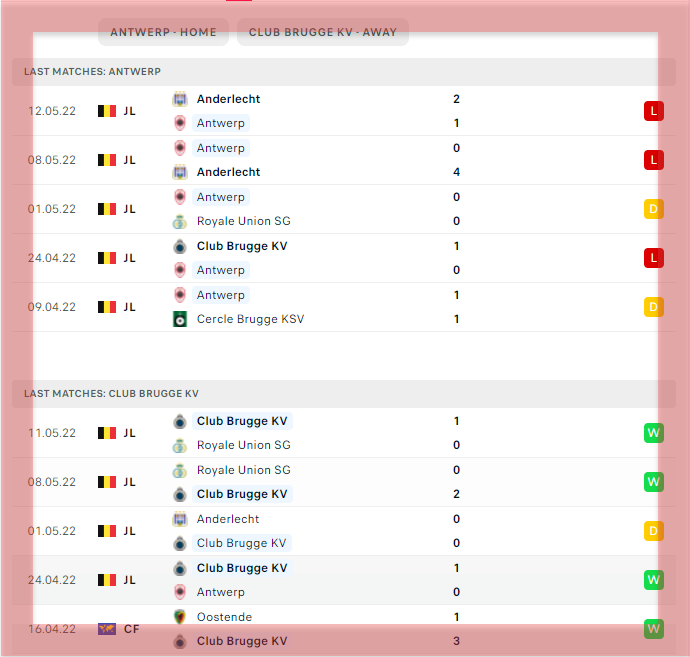