Altay vs Kasimpasa – Preview, and Predictions

Altay vs Kasimpasa – Altay have been in poor form from the start of the season. Their dismal performance earned them a spot on the table. They are currently in the relegation zone, in 18th place on the standings. The club’s prospects of avoiding relegation will not last much longer.

In their most recent league match, Altay was defeated 2-1 on the road by Trabzonspor. They had gone undefeated in their previous two league games before losing to the champs. They will, however, be looking for a strong finish to the season.

Meanwhile, Kasimpasa’s form has been inconsistent thus far this season. Their confusing shape drove them outside the top half of the leaderboard to the 12th position. They’ll be aiming to finish the season on a high note, even if it doesn’t help them secure a playoff berth.

Kasimpasa was defeated 2-4 at home by Antalyaspor in their most recent league match. It was their second loss in the league in the last five games. Their strong positive recordings prior to the preceding two unfavorable outings will undoubtedly lift their spirits.

Altay’s home form has been dismal this season, as they have unable to put up enough strong performances. They have lost eight of their last ten league games at home.

Kasimpasa, on the other hand, has been in excellent form on the road recently. They have scored two or more goals in four of their last five league games on the road. In fact, they’ve scored two or more goals in eight of their last ten league road games. Based on the information shown above, we believe Kasimpasa will win their final Super Lig match on Saturday against Altay. 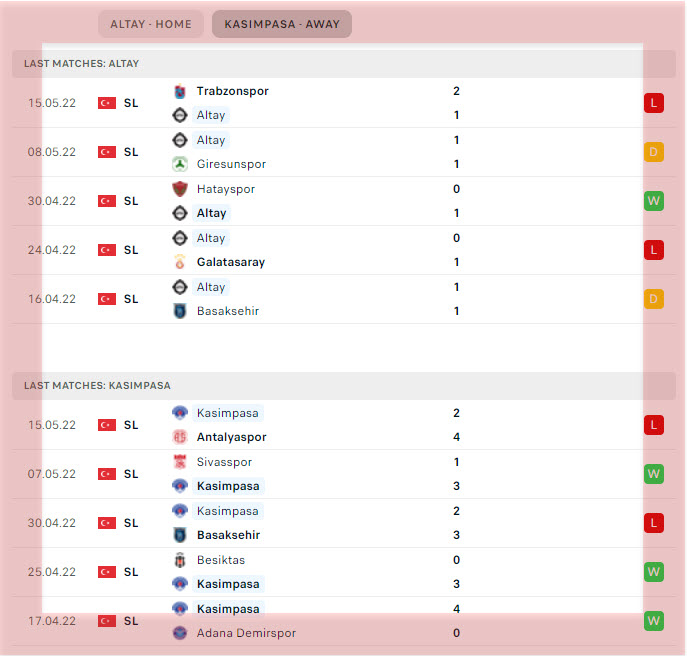