Altach vs WSG Tirol – Round 32 of Bundesliga Relegation Group begins this week with Tirol hosting Altach. Friday at Cashpoint-Arena, these two teams will clash.7th-place Tirol has 28 points from 31 games. They won, drew, and lost 10 games each. The visitors hold the only Conference League Playoff place with a 5-point lead over LASK. Their defensive difficulties have led to 56 goals surrendered.

Altach won 3-0 over FC Admira in the Bundesliga last time around. Ludovic Magnin’s men have scored 8 goals in their last 6 games while conceding 7.

Altach must win this match to remain in the Bundesliga next season. Since August 2017, the hosts haven’t won at home. 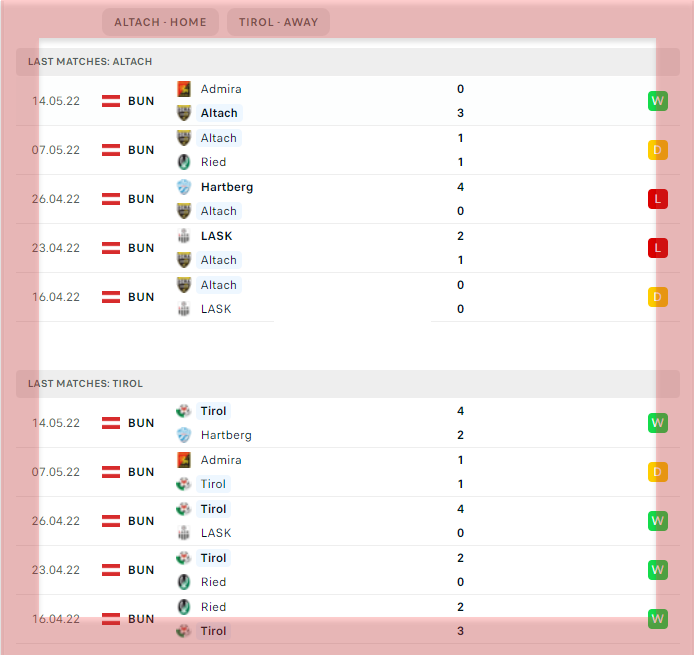