Almeria vs Celta Vigo – Almeria and Celta are two of the weaker teams in the Spanish premier division. They are listed in the bottom half of the standings, and they have had problems on defence since the beginning of the season.

Almeria is presently ranked 15th out of 20 teams and is one point above the cutoff for relegation. They have only won three games so far, but that was somewhat expected.

They were only recently promoted to the top division, and as a result, they are being held back in the competition by their inexperience. While everything is going on, Celta is not only having a long streak of losing games, but they are also conceding a tonne of goals.

Except for one game, they actually have a 100% losing away record; this one game in which they averted a loss came against 18th-placed Girona. It just so happens that these two teams will view one another as the ideal opposition to obtain a much-needed victory versus.

They will understandably target each other’s frail defence, and we can also observe from past head-to-head matches that goals have been scored in significant numbers. This weekend should be a high-scoring affair, it seems.

The most recent game played here resulted in a 1-3 victory for the visitors. Since August, Almeria has only been able to win twice, and both of those victories were over inferior opposition in Girona and Rayo Vallecano.

They have also been losing on the road since the second week of September, and all but one of the games during this run saw three or more goals conceded. Given these findings and previous head-to-head meetings, anticipate a goal-fest this weekend between the two clubs. 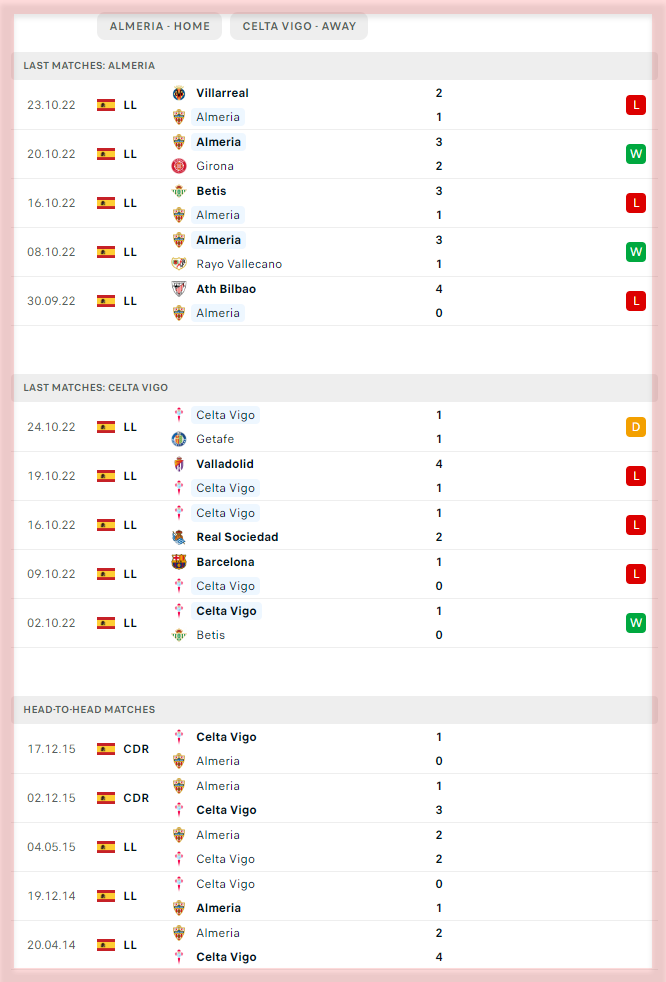