Alianza Lima vs Fortaleza – These two teams are easily the poorest in the group, and they are at the bottom of the table. Lima, on the other hand, is significantly worse, and they have the records to prove it. Time is running short for either of these two squads to make a move to secure a spot in the next round. As a result, both sides are desperate for a win, and they will likely go at each other this Thursday for a much-needed three points.

With neither team’s defense being a strong suit, the possibilities of a large amount of goals are considerable. Furthermore, Fortaleza has the advantage due to their greater overall form as well as their superior head-to-head record.

Lima began its Copa season with three straight losses before finally drawing. They’ve been letting in a lot of goals all along, and it’s safe to say they’re on the edge of being eliminated in the group stage.

Fortaleza, on the other hand, had won seven of their previous nine games overall, and had only lost four times on the road since the first week of December. It’s also worth noting that they have a strong head-to-head record against this opponent.

Expect them to win on Thursday, based on the current situation. However, because both clubs are desperate to win, their defenders will most likely struggle to keep a clean sheet in this final part of the group stage. Goals are likely to be plentiful. 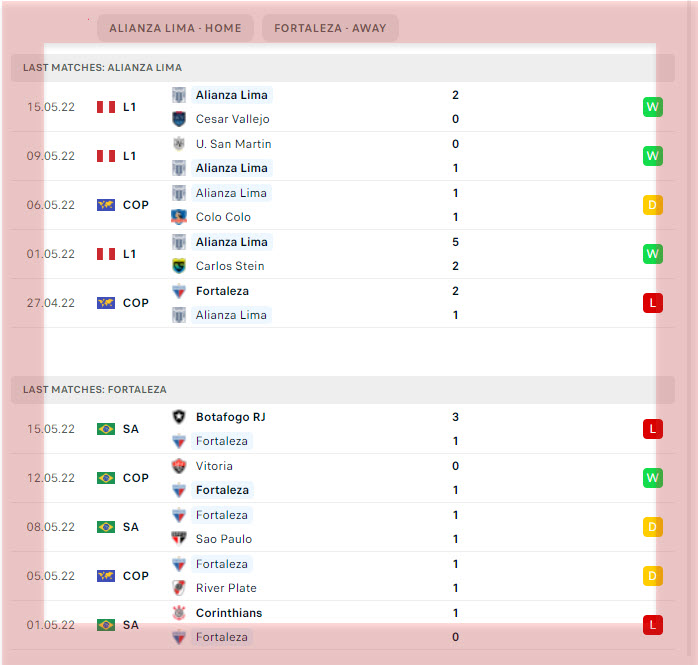