Ajax vs SC Heerenveen – After defeating SC Cambuur by a score of 4-0 in the Eredivisie, Ajax will be seeking another victory. Steven Bergwijn (35′, 40′), Devyne Rensch (53′), and Mohammed Kudus (64′) scored goals for Ajax.

In their last six games, Ajax hasn’t had any issues finding the back of the net, scoring on each of their attempts. During that time, they have amassed 19 while also giving away a total of 8. We’ll simply have to wait and see if this pattern holds true for this forthcoming game.

The previous time these two teams met in the Eredivisie, SC Heerenveen and NEC drew 0-0. Recently, it has been more common for at least one team to come up empty in games against SC Heerenveen.

It has happened five times based on an analysis of their last six outings. In these matches, the opponents have only managed to score three goals, while SC Heerenveen has amassed six.

For Ajax manager Alfred Schreuder, Owen Wijndal (Knock) and Mohamed Ihattaren (Fitness) are unavailable. Kees van Wonderen, the manager of SC Heerenveen, has no fitness concerns going into this game because his team is completely injury-free and prepared.

We believe that Ajax will most likely maintain control for an extended length of time and should be able to convert some of the opportunities they create. SC Heerenveen, on the other hand, will have a difficult time scoring, though we do believe they will eventually respond here as well. 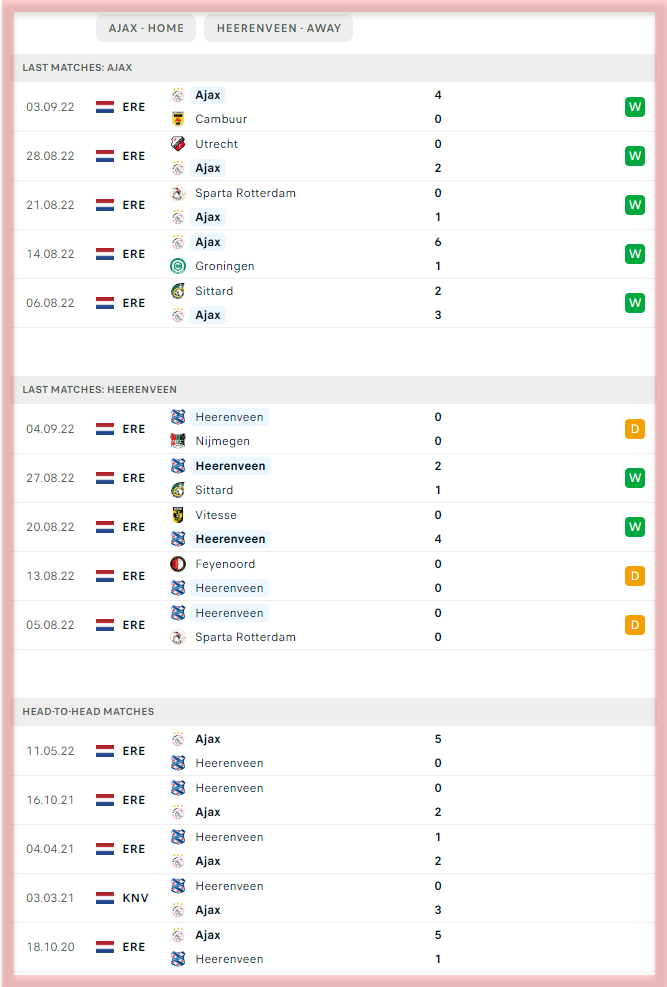