AIK vs Malmo – Preview, and Prediction

AIK vs Malmo – Tomorrow night, AIK host Malmo in an Allsvenskan derby at Friends Arena. Despite the fact that the Allsvenskan season is just seven rounds old, this will be the second head-to-head between these two rivals this term. This is the 18th round matchup that will be played much sooner, after Gameweek 7. AIK will be trying to avenge their 3-0 loss in Malmo a month ago.

It was the team’s second loss of the season. The remaining six games have been won by AIK. The team headed by Bartosz Grzelak has won all four home games so far without surrendering a goal. Malmo has conceded just one goal in their first seven games of the season. However, they have drew three of their seven games, leaving them level on points with AIK in second place.

Malmo cruised through Mjallby 2-0 on Saturday, scoring both goals in the first half in a one-sided contest in which they had 24 shots (12 on target). While Malmo has had greater success in the past, AIK has a superior record at Friends Arena, having won 11, drawn 7, and lost 8 of their previous 28 meetings with Malmo.
Malmo won both home games against Bodo this year.

The last four meetings between these two adversaries at Solna ended in a draw. Because both clubs are strong defensively at the start of the season, the Under 2.5 goals FT is a smart bet at 1.57. AIK have yet to concede at home this season, while Malmo have only conceded one in seven. Also, with no winner in the previous four H2H meetings at Friends Arena, we favour the draw at 3.20. 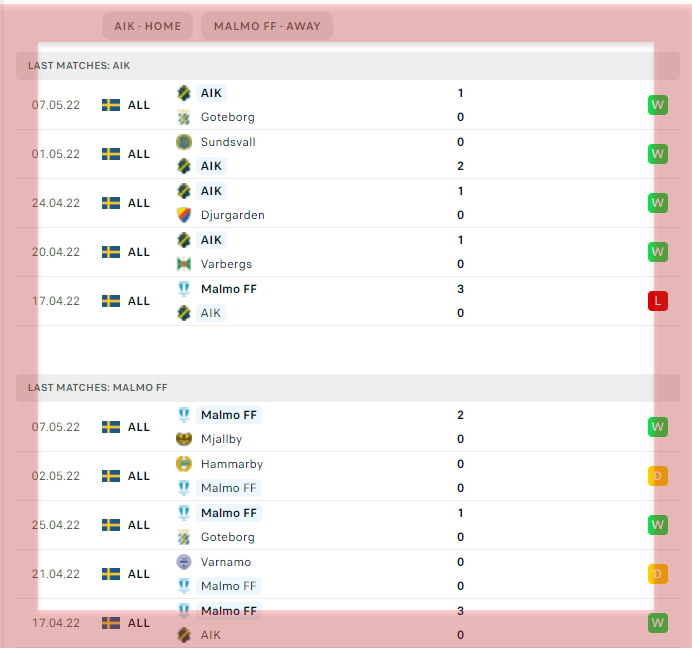