AC Milan vs Inter Milan – This may be the most eagerly awaited match in the Italian league this year. This weekend’s tense matchup between reigning champions AC Milan and Inter Milan, the runners-up in the previous Serie A season, promises to be exciting.

By putting 86 points in their favor, AC Milan won the league the previous year. Additionally, their competitors for the day were only two points behind them in second place.

Nearly the entire tournament, the two teams were involved in a tight title race. And impressively, this intense match continued right up until the final match day.

The two sides have once more shown signs of reigniting their previous rivalry. And it is only fitting that the two Milan teams have each claimed one league championship following nearly a decade of Juventus’ dominance.

The two teams have been in excellent shape for the past few months, and they will be especially determined to do well against one another.

And it should go without saying that the two teams have collaborated on some truly outstanding thrillers throughout the years. As things stand, this weekend’s goals are likely to come from either end of the field.

Three or more goals were scored in six of the last eight games, and each team received one of the last two total victories.

The most recent league match played here resulted in a 1-1 draw. The last time the home team triumphed at this venue was six years ago.

Also keep in mind that they have a 5-game winning streak when playing in front of their own fans. Inter Milan, on the other hand, had scored two goals or more in twelve of their previous 14 matches overall, and at that time, they had even started a six-game winning streak.

Additionally, they had triumphed on seven of their previous ten road excursions. Given these observations, this weekend’s game should be high scoring. 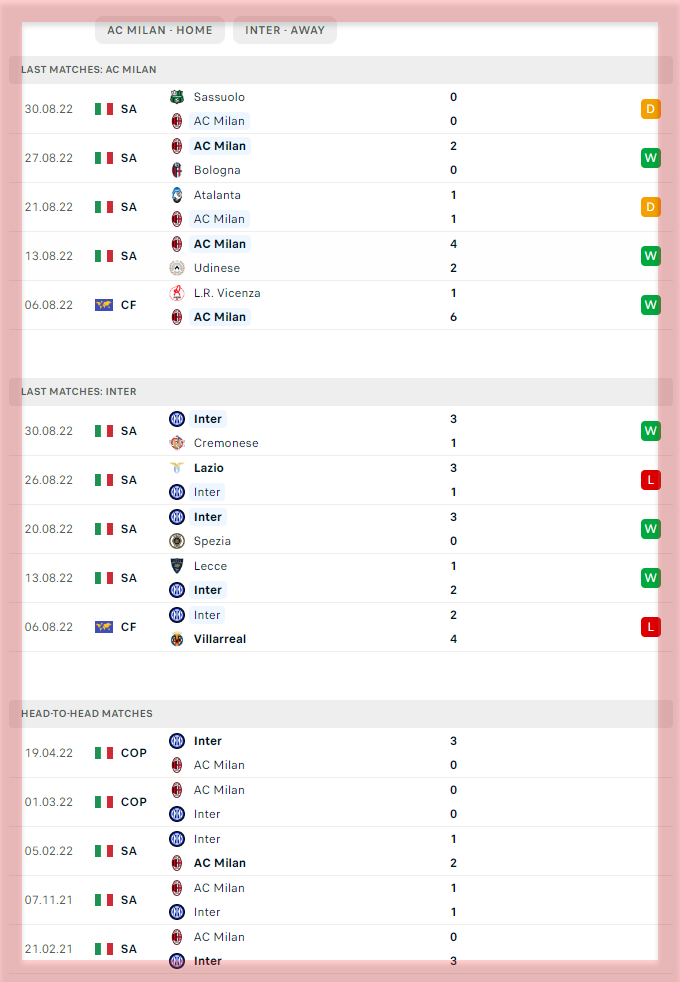