Aarhus vs Nordsjaelland – Preview, and Predictions

Aarhus vs Nordsjaelland – The Superliga relegation playoffs are underway, and Nordsjaelland will face AGF in Aarhus on Saturday. Aarhus has struggled in recent encounters, failing to win any of their last thirteen. With only 29 points from their matches, the squad has fallen to fourth in the relegation zone. The team could still be demoted if the bottom-placed team wins their next match.

Aarhus’ most recent match was against Viborg. Viborg scored one goal in the encounter, while Aarhus failed to score, resulting in a 1-0 FT loss for Aarhus.

In recent matches, Nordsjaelland has shown signs of improvement. The team has three wins, five draws, and two losses in its previous ten games. The team has clinched their place in the Superliga for next season with only one games remaining. They will, however, have no chance of making the Conference League playoffs.

Nordsjaelland’s most recent encounter was against Vejle, in which Nordsjaelland scored two goals while Vejle was unable to score. Nordsjaelland won the match 2-1 on the final whistle. 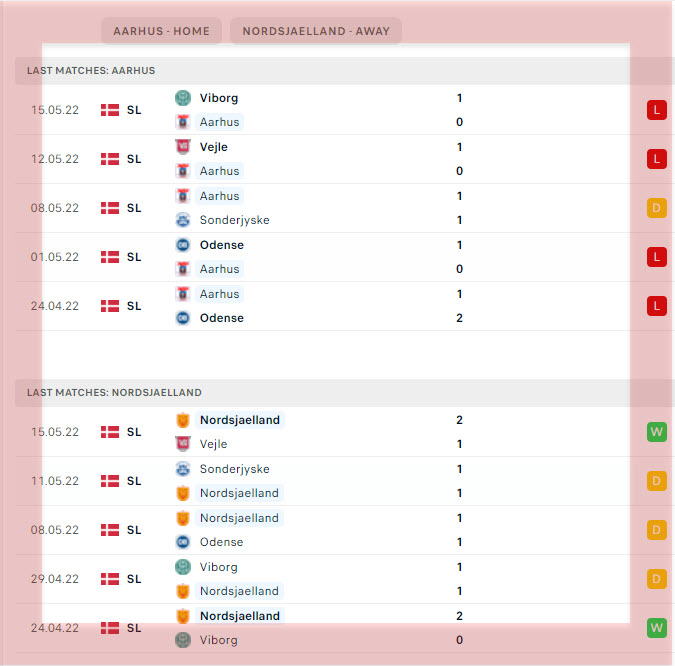