Aalesund vs Stromsgodset – Preview, and Prediction

Aalesund vs Stromsgodset – Currently ranked fourth in Norway’s premier division, Stromsgodset is making every effort to move up to a podium position.
Even though they are scoring goals at a steady clip, their defence has been a problem, and they are conceding plenty of goals as well.

They do, however, have a game in hand and only need an extra point to catch up to the third-place Viking, who are currently on a losing skid and face a difficult match this game week.

Aalesund, on the other hand, has a comparable tale to tell as their counterparts for the day. They are both scoring goals at a respectable pace and conceding goals in a remarkably similar way.

On the other hand, Stromsgodset’s last 8 games have featured three or more goals, as have their last 5 consecutive road trips.

Aalesunds FK has recently only sometimes demonstrated defensive steel. According to the data, Aalesunds FK has conceded 10 goals in their last six games as a result of their inability to stop opponents from scoring in six of those six games. Check to determine if that pattern continues in this area.

Strmsgodset IF has totaled 15 goals in their last six encounters. Additionally, Strmsgodset IF did not fail to score on any of those instances. They have had 11 goals scored against them throughout that period.

Strmsgodset IF had lost their last two league games when playing away from home coming into this match. Expect goals to come from either end of the field this Sunday when these two clubs square off. 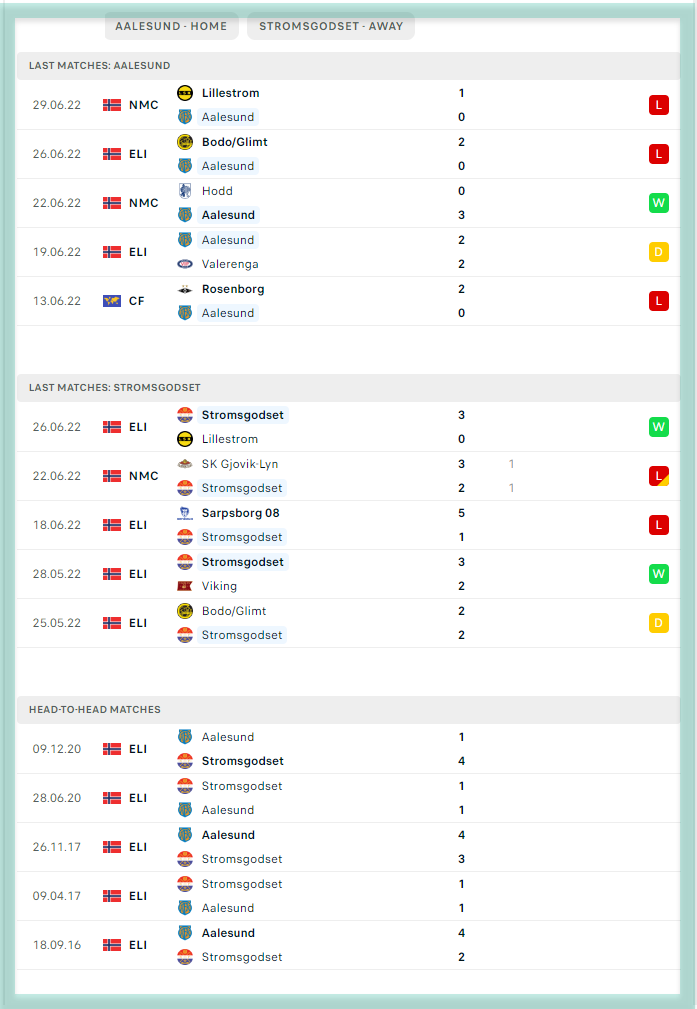