Aalesund vs Molde – Preview, and Prediction

Aalesund vs Molde – Aalesund has had a shaky start to the season. They have won, drawn, and lost two of their six games so far this season. They are ranked 7th in the table with a total of 8 points. They also have a solid offensive and defensive lineup.

Aalesund’s most recent league match was a disappointing goalless draw on the road against Ham-Kam. With that draw, they have now gone two games without a win in the league.

Molde, on the other hand, has had a good start to the season. So far, they’ve won three, drawn one, and lost two of their six league games. They are in third place on the standings with a total of 10 points. They’ll be looking to ensure their place in the tournament by scoring more points.

Molde defeated Odd 3-0 at home in their most recent league match. They had just come off a 3-4 loss to Viking before scoring the above league victory. As a result, they’ll be looking to make that victory matter.

At home, we can witness Aalesund’s erratic form. They had a tie and a win in this match. Their defensive line-up does not appear to be particularly strong.

Molde, on the other hand, has been in excellent form on the road for a long time. This season, they have gone undefeated in both of their league road games.

Furthermore, they have a recent head-to-head record versus Aalesund. As a result, we’re betting on Molde to beat Aalesund in an Elietserien match on Sunday. 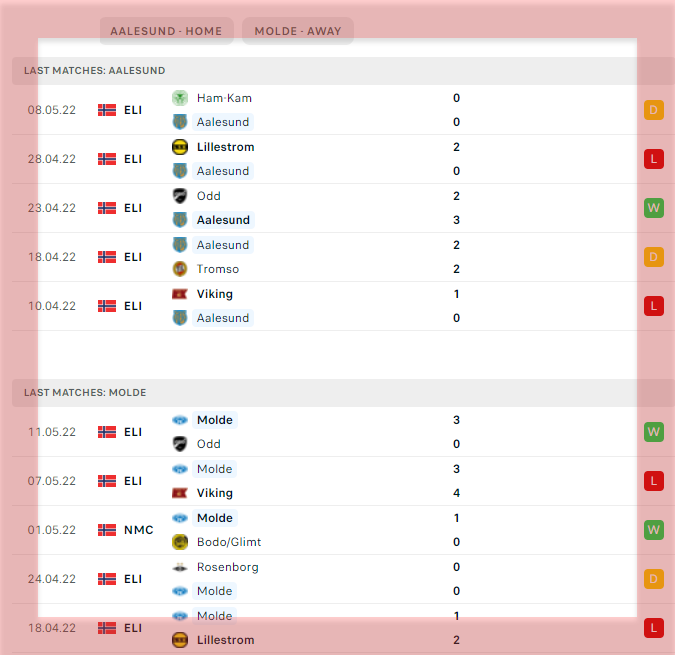