Brondby vs Nordsjaelland – FC Copenhagen, the current champions, will play at Aalborg. Both of these teams dropped their opening games, so they will be looking to rebound on Sunday at Aalborg Portland Park.

Last season, FC Copenhagen came in considerably behind the leaders in the fight for the Danish championship, and they will be looking to retain their title this year as well.

More frequently than any other Danish club, the team has advanced to the group stages of both the Champions League and the Europa League.

The current champions, however, fell to Horsens in their season opener by a score of 1-nil. The Copenhagen defence has put on a string of excellent performances, with just 3 goals allowed in their last 6 games overall.

Their forwards have accrued eight points over that period.  Aalborg, on the other hand, competed in the Championship division and placed fifth the previous year.

Last time, the team had 32 games under their belt and had 13 victories; this time, they intend to go even harder. The hosts will be looking for a better outcome following a 2-1 Superliga loss to Viborg in their most recent match.

In their last 6 games, they have all been scored against, surrendering 13 goals in the process. Their most recent Superliga performance is marked by a dismal run of nine games in which they have given up at least one goal.

After playing this adversary away from home in the past three league games, FC Copenhagen is still undefeated against them. Additionally, they haven’t lost any of their last three league away games.

Aalborg, meantime, is going through a rough patch as they have only won two of their previous twelve Superliga home games. Additionally, they have lost their last five league matches against FC Copenhagen. 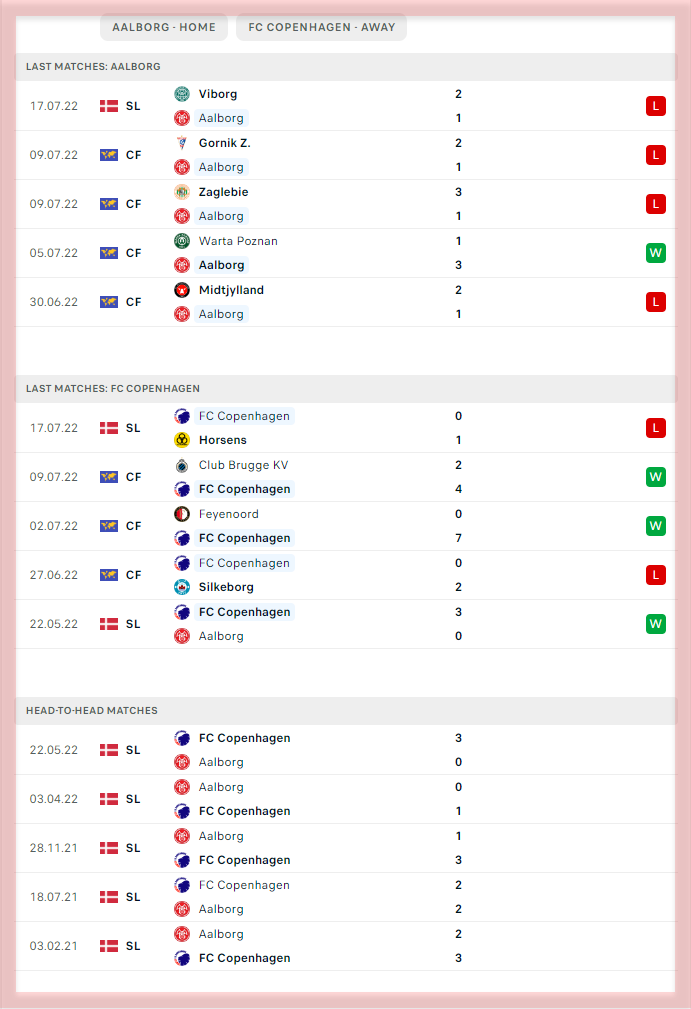 The Best Goals of The Week