Aalborg vs Brondby – Preview and Prediction

Aalborg vs Brondby – The last few games for Aalborg haven’t gone as well as they would have liked. They haven’t won any of their last five games, and four of them have been losses. With 43 points from their games, AaB is in fourth place in the league table. Based on where they are now, the team has a chance to play in the Conference League playoffs. If the team wants to stay where they are on the table, they need to win the rest of their games.

Randers was the last team AaB played. Both teams scored two goals, so the game ended in a tie (2-2 FT).

FC Copenhagen was the team that Brondby played in their last game. Both teams scored one goal, so the game ended in a tie with a final score of 1-1.

Both Aalborg and Brondby have had some trouble with how they’ve played in recent games. In the last five games, they have not been able to win. But in their most recent games, both teams have scored and given up goals.

I think Aalborg is the better team and has a better chance of winning when they play. Both AaB and Brondby have scored in most of their recent games, so we can expect both teams to score in this one.

Aalborg vs Brondby – Head To Head 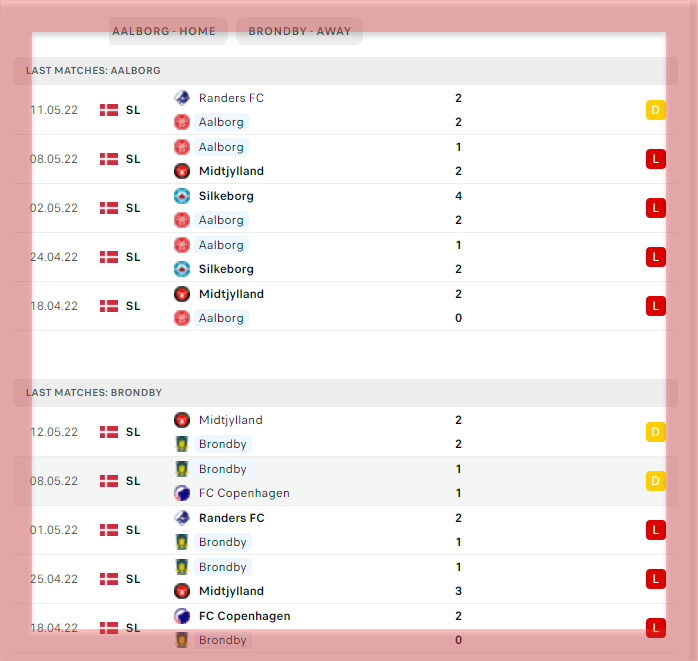