Palermo vs Venezia – Preview and Prediction

Palermo vs Venezia – It’s possible that Venezia is currently the poorest team in the league. They are positioned second to bottom in the standings and a strong candidate to be relegated at the conclusion of the season. Palermo will undoubtedly make an effort to take advantage of this chance.

This time around, they had a somewhat sluggish start to their campaign, and they are currently working to elevate their standing in the standings.

As of now they are in possession of the 13th spot in the table and lost just once in the past five match-days in the league.

They recently defeated fourth-placed Parma 1-0 at home, so that is advantageous. They are very confident because they are playing this weekend against the team that is ranked 19th.

Venezia has only recorded two victories in the entire season. They now have a three-game losing run, and in the entire tournament, only two clubs have given up more goals than them. Also keep in mind that they are the only side in the league to have dropped their previous three games.

Palermo scored two or more goals in two of their last three fixtures. And importantly, take note that they lost just twice at this venue all through the past 12 months.

On the other hand, Venezia have just five wins to their name in the past twelve months, and all along they let in goals in huge numbers.

The latest encounter ended in a 1-1 draw. Three of the past four clashes had goals from both teams, and Palermo are unbeaten at this stadium since 2002.

They kept clean sheets in three of the past four matchups at this stadium, and by the looks of things, expect a win for Palermo this Sunday.

Palermo vs Venezia – Head -to- Head 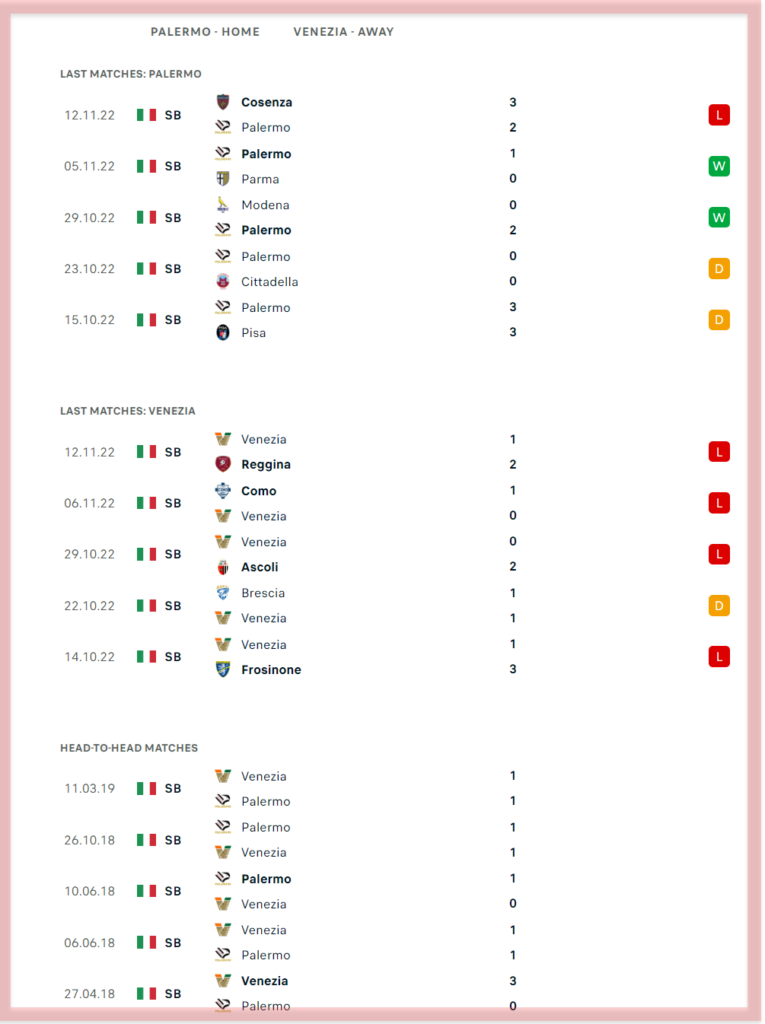