Sergej Milinkovic-Savic and Youri Tielemans are both wanted by Arsenal, but Tielemans’s contract expiration means his price has dropped to just £25 million, making him a more attractive option for the Gunners. 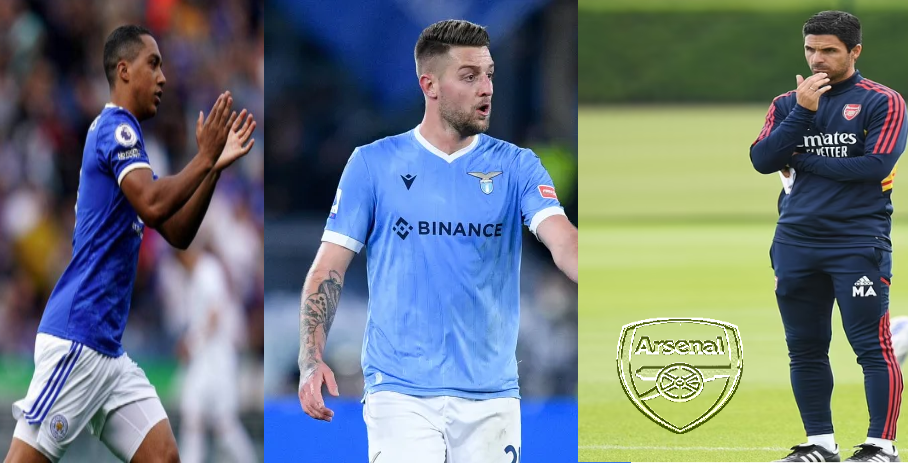 This summer, Arsenal is under pressure to improve its alternatives in central midfield, and Mikel Arteta has already added Gabriel Jesus and Fabio Vieira to the front line. As the most likely addition to the midfield this transfer window, Youri Tielemans has been hailed.

Youri Tielemans of Leicester is allegedly now Arsenal’s top target as they move on with their efforts to acquire a central midfielder.

Mikel Arteta has already embraced the additions of Gabriel Jesus from Manchester City and Fabio Vieira from Porto this summer, and he is now rumoured to be aiming to strengthen his midfield even more.

Tielemans’ current contract with Leicester expires in June 2023, and the player is rumoured to have no desire to extend with the Midlands side. As a result, Tielemans’ worth is steadily declining as the possibility of a free transfer next summer grows closer.

The Italian press has been heavily linked to a transfer for Serbian Milinkovic-Savic, who is well-liked across the footballing globe, but it is ‘complicated’ by his price tag, which is reportedly in the neighbourhood of £68 million.

Milinkovic-Savic had a standout season for Lazio last year, scoring 11 goals and assisting on another 11 for his teammates.

Despite this, it seems unlikely that Arsenal will be able to launch a bid for the Serbian international due to his high asking price.

Despite this, Tielemans is most likely to leave Leicester this summer, and the north London club finds acquiring him to be a lucrative offer.

Tielemans recently acknowledged he was open to the possibility of seeking out greener pastures and gave his career as an example of why he would search elsewhere for fresh opportunities.

That’s not completely out of the question, he remarked. I have a great feeling about Leicester since I have always been welcomed with open arms. I give my everything to the club till the very last minute.

However, it goes without saying that you need to consider other prospects, your profession, and occasionally, your options. Maybe I’ll get one soon.”

Arsenal is also thought to be still interested in signing Ajax defender Lisandro Martinez, who has informed the Dutch club that he wants to leave this summer.

Arsenal are still in the running because the player hasn’t ruled out joining Arteta’s team, even if Manchester United, under the direction of the Argentine’s former manager Erik ten Hag, are currently leading the race.