Viking vs Jerv – Preview, and Prediction

Viking vs Jerv – Viking has enjoyed a strong start to the season. They have won five, drawn one, and lost one of their seven games this season. Their recent success will allow them to enter the upcoming league game in the best of moods.

They now hold the first spot in the rankings with a total of 16 points. Viking’s most recent league match was a goalless draw at home against Stromsgodset.

They have now gone four games without losing in the league thanks to that draw. They’ll be trying to make it five with a strong performance.

Jerv, on the other hand, has had a shaky start to the season. So far, they’ve won two, drawn one, and lost two of their five league games. Their offensive and defensive lines both appear to be ineffective.

They will, however, be looking to improve in the upcoming match. In their most recent league match, Jerv drew 1-1 at home against Tromso. They are currently on a two-game losing streak in the league.

Viking defeated Jerv 4-1 on foot in their most recent match, and  this will be only the second time these two teams have faced off. In each of the three head-to-head games between these two teams, both teams to score and over 2.5 goals were picked.

This season, Viking won three and drew one of their four league games at home. Their unblemished record may be motivating them to add to it here. They’ve also been successful at scoring goals at a high rate.

Jerv, on the other hand, has lost both of their league road games this season. On the road, they have also leaked goals in an alarming manner.

Based on the aforementioned data, we believe Viking will win their Eliteserien match against Jerv on Monday. Given the high-scoring head-to-head trend, we also favour the BTTS option. 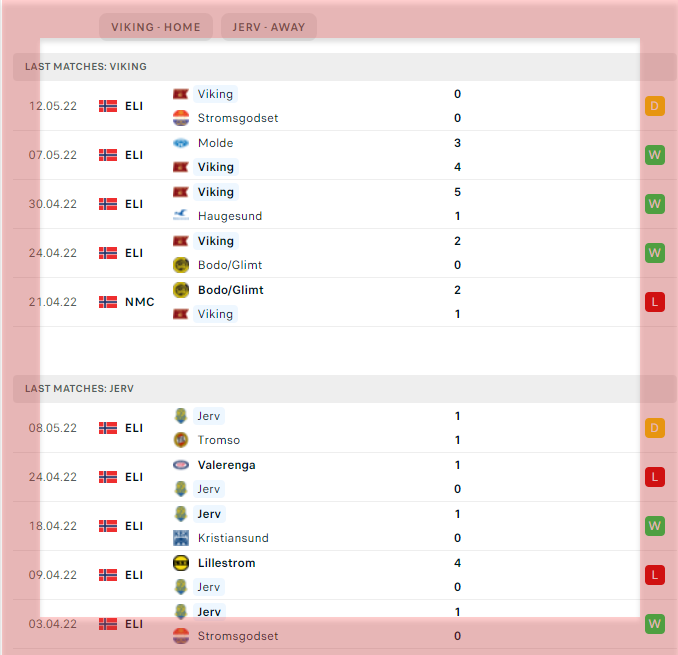