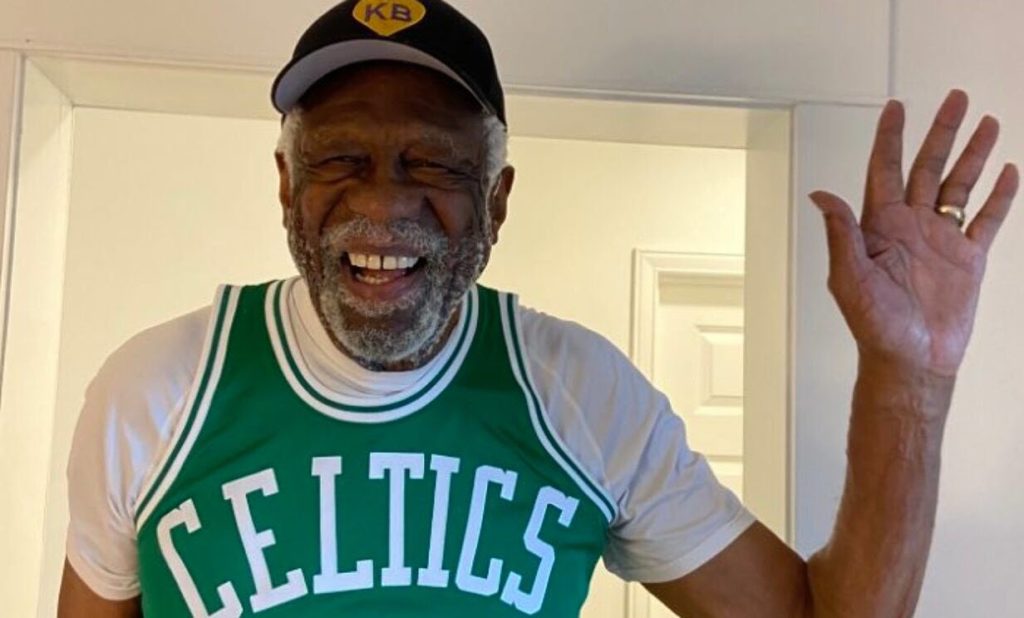 Bill Russell, a civil rights activist and 11-time NBA champion who played for the Boston Celtics, passed away at the age of 88, and former president Barack Obama has taken the lead in paying tribute.

Although Russell won 11 championships with the Celtics between 1956 and 1969, one of the most dominant periods in sports history, he also faced a lot of racism and abuse while competing for Boston.
But throughout his life, Russell advocated for equality by using his position. Notably, he was present at the 1963 March on Washington when Martin Luther King Jr. delivered his “I Have a Dream” speech, and he supported Muhammad Ali when the boxer came under fire for opposing being drafted into the military. Obama presented Russell with the Presidential Medal of Freedom in 2011, which is the nation’s highest civilian honor.

After hearing of his passing, Obama wrote on Twitter, “Today, we lost a giant.” As tall as Bill Russell was, his legacy as a player and a person is much greater.

Perhaps more than anyone else, Bill understood what it took to lead and win. He was the greatest basketball champion in history when it came to the court. Off the field, he was a pioneer in the civil rights movement, marching alongside Dr. King and supporting Muhammad Ali.

Bill endured taunts and vandalism for many years, but he never let it stop him from standing up for what is right. I gained a lot of knowledge from the way he played, coached, and lived his life.Russell also helped the United States win the gold medal at the 1956 Summer Olympics in Melbourne, as well as two NCAA championships in San Francisco in 1955 and 1956. These victories paved the way for him to go on to win five NBA MVP awards and be a 12-time All-Star.

In a statement released on Sunday, his family said: “Bill Russell, the most successful athlete in American history, passed away peacefully today at age 88, with his wife Jeannine by his side. It is with a very heavy heart that we would like to pass along this news to all of Bill’s friends, fans, and followers.” Plans for his memorial service will be revealed shortly.

He is regarded as one of the greatest winners in US sports history and the greatest defensive player in NBA history in addition to his civil rights work.

The Louisiana native also made a lasting impression as a black athlete in a city and a nation where race is frequently a contentious issue. Along with Senator John Lewis, business mogul Warren Buffett, German Chancellor Angela Merkel, and baseball legend Stan Musial, Obama gave Russell the Medal of Freedom in 2011.

Obama remarked at the ceremony that Bill Russell was a man who “stood up for the rights and dignity of all men.” He walked alongside King and stood by Ali. He declined to participate in the scheduled game after a restaurant refused to serve the black Celtics.